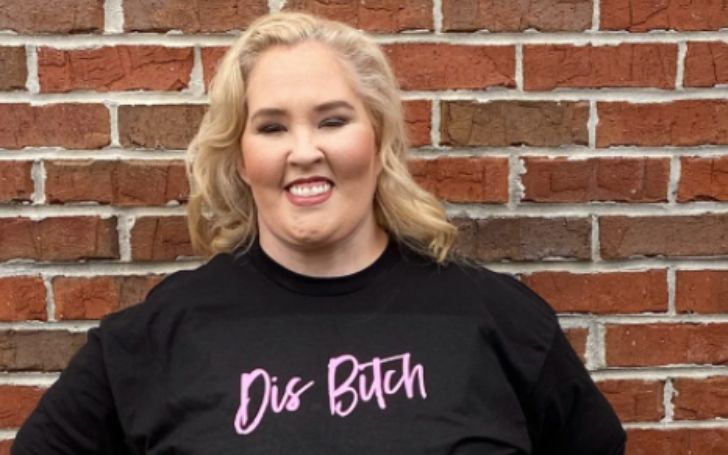 Grab All The Details On Mama June Personal Life!!

June Edith Shannon, better known as Mama June, is an American television personality. She rose to fame after appearing on the TLC show Toddlers & Tiaras with her daughter, Alana Thompson.

Mama June is also famous after showing off the result of her 7-day weight loss challenge. The estimated net worth of Mama June is around $1.5 million.

As per Hitc, Mama June, a reality TV star, was spotted on a romantic trek with her new boyfriend, Justin Stroud, a few days ago. According to photos obtained by The Sun, she was photographed with partner Stroud during a hike in the Los Angeles forests.

The couple can be seen holding hands and smiling at each other as they enjoy a walk and make the most of the nice weather in the photos.

Justin Stroud is a 34-year-old Alabama auto mechanic and the tattoo artist. Mama June sparked rumors of a new romance when she posted an Instagram photo of a new tattoo in October.

Mama June also revealed her dating life in a Facebook post, writing, "If they truly make you happy and are who you want to be with for the rest of your life just make sure they know you are appreciative, grateful, and thankful to have them and lucky to have them tell them you love them even when you are mad."

You May Also Like: Who is Monica Laliberte Married to? Detail About her Dating history and Relationship

Justin doesn't appear to have a Twitter or Instagram account. Mama June hasn't shared any photos of herself with her new beau on social media. The couple may be taking things slowly and choose to keep their romance out of the spotlight for the time being.

"From Not to Hot" star Mama June's Children And Past Affairs

June had Anna with David Dunn. She considered giving Anna up for adoption to her aunt and uncle, Janice and James Shannon, but the paperwork was never finished. June's mother, Sandra, eventually raised Anna.

Jessica and Lauryn are the children Mama June had with Michael Anthony Ford. After being found guilty of internet sexual exploitation of a child, Michael Ford was sentenced to two years in jail.

In 2004, Mama June married Mike Thompson. Alana Thompson was born in 2005 to the couple. With their daughter, the pair had a happy life. However, she divorced Mike in 2014 after a series of miscommunications.

June also dated Geno Doak. He has previously served time in prison for burglary, robbery, and criminal property damage. June and her ex-partner Geno were arrested in Alabama in March. They were accused of illegal drug possession.

Does Honey Boo Boo Have a Boyfriend? Complete Intel of her Dating History