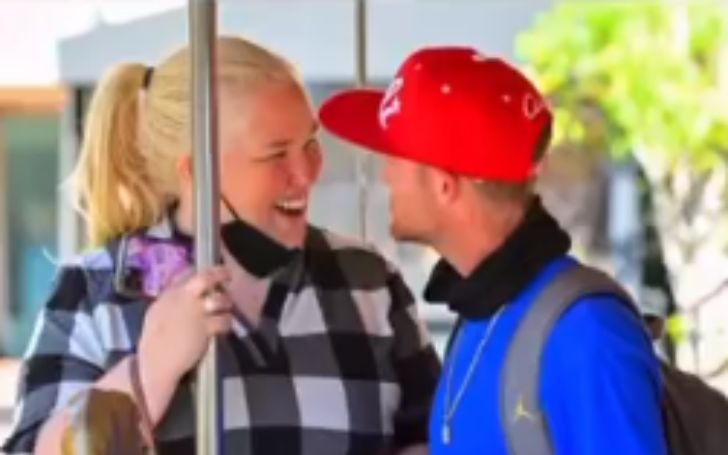 As per Pop Culture, since "Mama June" Shannon's discharge from rehab and her arrest for cocaine possession in 2019, she has been working hard to get back on track.

Since "Mama June" Shannon's discharge from rehab and her arrest for cocaine possession in 2019, she has been working hard to get back on track.
Photo Source: Instagram

Shannon appeared to be on the right track after avoiding jail time, doing community service and abandoning her ex-boyfriend Geno Doak. She's been working on her connection with her girls, and she's even found a new partner, Justin Stroud, to assist her in getting back in shape.

At the very least, that's how it should appear on paper. According to The Daily Mail, the reality is that Stroud was detained while in Florida with Shannon for a pending warrant related to drug charges. Stroud had allegedly been "eluding authorities" for months due to an outstanding warrant when he was apprehended at a Boca Raton gas station on Thursday.

The warrant against Stroud was obtained after he failed to meet with his probation officer in Alabama and acknowledged using drugs while in recovery, according to the publication.

An eyewitness told The Sun that "four cop cars came into the premises and started interacting with the valets." "The next thing you know, cops arrive at the gas station and surround him, arresting him. We witnessed him being escorted away."

As a result, "Mama June" was once again confronted by police at a southern petrol station, with paparazzi snapping photos along the way. Shannon, on the other hand, does not appear to be having any problems.

Stroud is being held as a "out of state fugitive" in the county jail and is said to have missed probation meetings on October 21, 22, and 25. On October 26, a warrant was issued, and he got arrested.

In the images, Shanon was wearing a tie-dyed blouse and sitting inside a white truck after attending an event at the Addison across the street. Shannon and Stroud have been traveling throughout the country and enjoying each other despite the warrant, according to The Sun.