Home / net-worth / What is Marc Anthony Net Worth in 2022? All Details here

What is Marc Anthony Net Worth in 2022? All Details here 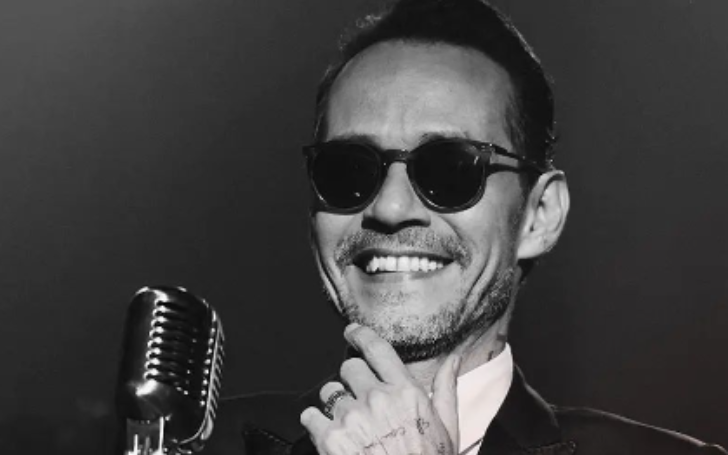 Grab All The Details On Marc Anthony's Net Worth!!

Marc Anthony is a Puerto Rican singer, songwriter, and actor who has established a name for himself with his Latin and salsa-inspired music. The 53-year-old star has received multiple accolades, and his accomplishments have been recognized through various awards.

Talking about Anthony's personal life, he is engaged to his much-younger girlfriend, Nadia Ferreira. He has six kids from his past relationship.

As per Celebrity Net Worth, Marc Anthony's net worth is estimated to be more than $80 million. He is one of the world's most popular Latin singers. His fortune comes from a variety of sources.

Marc Anthony is a Puerto Rican singer, songwriter, and actor who has established a name for himself with his Latin and salsa-inspired music.
Photo Source: Instagram

In 2012, Anthony co-founded the Maestro Cares Foundation with entrepreneur Henry Cárdenas. The foundation's activity includes the establishment of an orphanage in La Romana, Dominican Republic, in 2014 and the building of a youth home and school in Barranquilla, Colombia, in 2015.

Marc bought a minority stake in the Miami Dolphins in 2009. He announced the foundation of the entertainment firm Magnus Media in April 2015.

Marc Anthony bought a $19 million property in Florida in July 2018. The estate was built by rum heiress Hilda Maria Bacardi, who was trying to sell it for $25 million at one point.

Anthony put this house on the market in November 2020 for $27 million. He didn't do anything to the house, so if he sold it for the asking price, he'd make $8 million in two years. In May 2021, Marc sold the residence.

In Tarzana, California, Marc formerly had a multimillion-dollar property. He paid $4.125 million for the Tarzana house, which he sold for $3.2 million in 2018.

Click Here To See: Is Drake a Millionaire or Billionaire? What is his Net Worth?

Marc Anthony's first album, Rebel, a freestyle music album, was released on Bluedog Records in 1988. He worked on several projects in the late 1980s and early 1990s.

For Sa-Fire, Anthony wrote and produced the song Boy I've Been Told, as well as a duet with Chrissy I-eece called You Should Know By Now, which he co-authored with Todd Terry and Little Louie Vega. Ride On The Rhythm and Time are two freestyle club hits on which he appeared.

After originally hesitating to pursue a career in salsa music, Marc changed his mind and collaborated with RMM Records to record his Spanish-language debut, Otra Nota, in 1993. He then released the album Todo a Su Tiempo, which earned him a Billboard award for Hot Tropical Artist of the Year and a Grammy nomination.

In 1997, Anthony released Contra La Coriente. Y Huubo Alguien, from the album, became his first No. 1 single on the Billboard Hot Latin Tracks list and the first by a salsa musician. In 1999, he left RMM to join Sony Records.

With the English-language album Marc Anthony, Marc attempted to break into the Anglophone market in 1999, riding the crossover wave of other Spanish-language musicians such as Ricky Martin and Enrique Iglesias. It came at No. 8 on the Billboard 200 and was certified Platinum six weeks later.

Marc Anthony began his career as a supporting actor in films such as Hackers, Big Night, and The Substitute. He later starred alongside Ruben Blades and Ednita Nazario in the theatrical musical The Capeman in 1998. There were a total of 68 performances of the theatrical show. We went on to star in the films Brining Out the Dead, In the Time of the Butterflies, Man On Fire, and El Cantante, among others.

Marc Anthony began his career as a supporting actor in films such as Hackers, Big Night, and The Substitute.
Photo Source: Instagram

Anthony also starred as the romantic interest of Jada Pinkett Smith's character in two episodes of the TNT medical drama HawthoRNe in 2010. He was later designated the show's executive music producer.

In 2011, Marc made his reality television debut with the Latin talet series Q'Viva! The Chosen. It was developed by Simon Fuller and showed Anthony and his then-wife Jennifer Lopez searching for new talent in 21 countries. Anthony later appeared as a guest mentor on Season 2 of The X Factor in 2012.

What is Constance Wu Net Worth in 2021? Find It Out Here