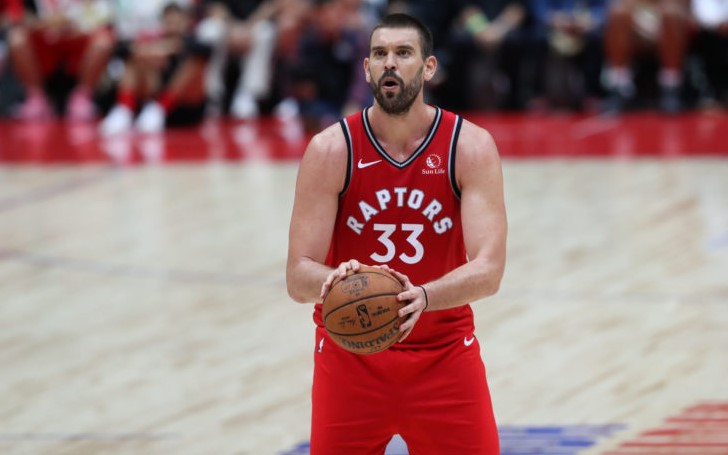 All about Marc Gasol's weight loss.

Marc Gasol (born Marc Gasol Sáez) is a Spanish professional basketball player for the Toronto Raptors of the NBA. The star player was drafted 48th overall by the Los Angeles Lakers in the year 2007 NBA draft.

The two time All NBA team member, Marc, won his first NBA championship in 2019 while playing for Toronto. The star player was named 'NBA Defensive Player of the Year' in 2013.

Moreover, Marc is a regular member of the Spanish national team since 2006. He has always been considered one of the best centers in the league.

Since NBA matches has been on halt ever since the coronavirus pandemic surfaced, many athletes are worried about their health and fitness, but not Marc. Marc is trying his best to keep himself ready for the NBA's return in late July.

Recently, one of the pictures of the star player got viral on social media. So, the reason is, Marc showed off his incredible weight loss during the NBA hiatus. It seems like quarantine treated him well. Let's find out about Marc Gasol's weight loss.

Unlike other athletes, NBA players seem to work on their fitness a little harder during this quarantine. The new trend has started among the players to look excessively skinny. First, it was James Harden and Nikola Jokić; now it's Marc.

It's clear the former Defensive Player of the Year wanted in on the action as well for the race of looking skinny. The player previously was seen way more skinny than he was during his Zoom call.

Now it was time when he finally showed off his incredible weight loss. One of the Dominican players, Mike Torres Cuevas, was the one who helped people to see the recent change in Marc. It was Mike who first uploaded a picture of Gasol on his Twitter.

Marc Gasol, with his incredible weight loss, made a statement that he is all set to come to the game. For Marc, it was not just coronavirus pandemic, which stopped him from playing, he missed several games before even the epidemic hit the country.

According to the reports, Gasol missed 28 games for the Raptors due to hamstring issues, but just when he made a comeback, the pandemic thing happened. Gasol was averaging 7.6 points, and 6.3 rebounds in 36 contests for Toronto before games were suspended.

You May Also Like: Christian Bale's Weight Loss History!