Home / lifestyle / Who is Marilu Henner? Detail About her Married Life and Husband

Who is Marilu Henner? Detail About her Married Life and Husband

Know everything about Marilu Henner's married life and her relationship!

Mary Lucy Denise Henner is one of the accomplished and most talented artists having a Highly Superior Autobiographical Memory. The stunning American actress is also an author, radio host, singer, producer, and podcaster, making her an all-rounder.

Henner was born in Chicago, Illinois, on April 6, 1952. She is a successful television actress and was able to mark her name in the film industry as well. The 70-year-old beautiful actress enjoys a net worth of $12 million.

Marilu Henner found her stardom through ABC/NBC sitcom Taxi in 1977, for which she received five Golden Globe Award nominations. She was then cast in many movies like Hammett, Cannonball Run II, Rustler's Rhapsody, Ladykillers, and many more successful films.

Let us know more about Marilu Henner's personal life and relationships. Here are all the details!

Marilu Henner went through two divorces before settling down with her current spouse. She first tied the knot with her husband Frederic Forrest in 1980. However, after only two years of their marriage, the couple called it quit in 1982.

Marilu Henner and Michael Brown had known each other since they were 18. They met at the University of Chicago on October 9, 1970. Since she suffers from hyperthymesia, she remembers every tiny detail of her day-to-day life since she was a child. She even remembers the exact date when Brown first visited her room.

Henner was happy to see him. Unfortunately, Brown was there to pick up her roommate for a date and not her. Despite that, their first meeting was just the starting of their future.

You may also like: Is Rome Flynn Still Dating Camia Marie? Who is His Wife?

Brown and Henner remained friends in college but never dated each other. Henner has always mentioned that Brown's presence always felt amazing to her. On February 22, 2003, she got a phone call from Brown.

"Hi, it's Mike Brown, voice from the past, you know, wanting to talk over old times." Henner said. "My heart started to pound, I put the phone down and I went, 'Oh my gosh, it's the M.'"

"I just thought I could start a new connection with her," Michael Brown said. "I didn't know what it would lead to."

They started dating each other and subsequently got married in 2006. However, before they tied the knot, Brown got diagnosed with two different types of cancers, and that was when both of them were there for each other.

The Aurora Teagarden Mysteries actress took care of her partner at that stage, making their connection stronger and more profound. Brown had asked Henner to marry right after his lung cancer surgery.

On December 21, 2006, the lovebirds shared their vows at Henner's home in the Hollywood Hills. The couple is happily married and still pursue their passion while continuing their journey with each other. 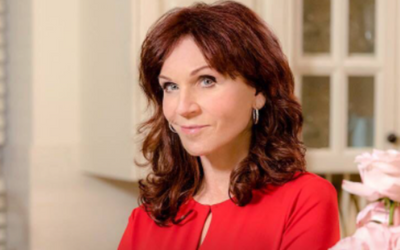 How Much is Marilu Henner's Net Worth? Here is the Complete Breakdown of Earnings