Home / lifestyle / Who is Mark Hamill? Know in Details About his Married Life and Relationship

Who is Mark Hamill? Know in Details About his Married Life and Relationship 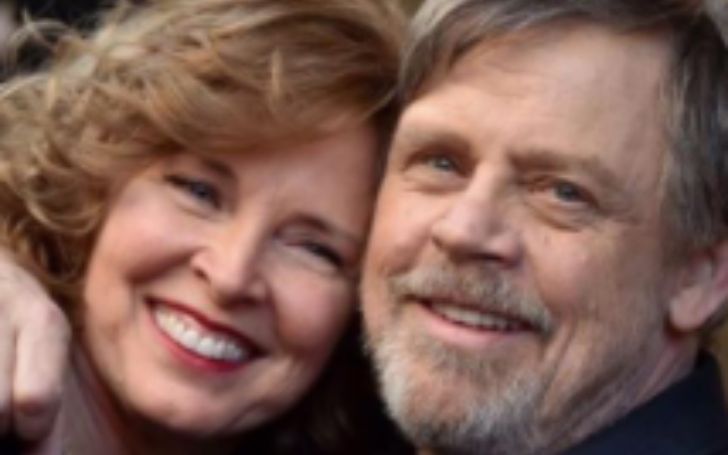 Grab All The Details On Mark Hamill Personal Life!!

Mark Hamill has a net worth of $18 million as an actor, producer, writer, and director in the United States. He is most recognized for his portrayal of Luke Skywalker in Star Wars films.

The 70-year-old actor has also made a name for himself, primarily through stage performances and voice acting. In this article, learn in detail about Hamill married life.

On September 25, 1951, Mark Richard Hamill was born in Oakland, California. His father, William Thomas Hamill, served in the United States Navy, while his mother, Virginia Suzanne, raised the children at home. He has four sisters and two brothers.

Mark Hamill has a net worth of $18 million as an actor, producer, writer, and director in the United States.
Photo Source: Instagram

Hamill's father is of English, Scottish, Welsh, and Irish descent, but his mother is half-Swedish and half-English. The family frequently moved because of his father's business, and he attended numerous schools in various cities.

5' 9'' tall artist graduated from high school in 1969 and went on to Los Angeles City College, where he majored in acting. Soon after, Mark landed a recurring position on the soap opera General Hospital, followed by a lead role in the sitcom The Texas Wheelers.

Over the next few years, Hamill appeared in various other shows in small roles. Mark was injured in a catastrophic car accident while filming the first film, which required surgery for his fractured nose. He is well known for voicing the Joker. Hamill has gained a reputation for playing villains.

As per Town & Country, Like many Hollywood couples, Mark Hamill and his wife Marilou York did not meet at a star-studded gala. They met instead at a dentist's office.

Like many Hollywood couples, Mark Hamill and his wife Marilou York did not meet at a star-studded gala.
Photo Source: Instagram

Marilou York was working as a dental hygienist in Westwood when she met Hamill, according to People magazine. At least for Mark, it was love at first sight. He told the magazine, "She strolled into the waiting area in jeans, white coat, breasts like melons, looking like a Vargas painting." "They let you wear like that at work?" I asked. "Yeah, next," she said.

The pickup line worked, and they began dating. They witnessed an early showing of Star Wars on one of their first dates, and Marilou couldn't help but notice the "poor caps" on a minor character's teeth. However, their romance did not continue from there.

Mark says that the Star Wars popularity got to him, and they had to break up for a bit. He told People, "I had to taste groupies and celebrity." "I traveled to Las Vegas to date showgirls who were 38 years old." All of these women were on my scale, and I wanted to scale them all. For the first ten minutes, that was thrilling. I needed something to latch on to, as well as a family."

In December 1978, Mark and Marilou restarted their relationship and married in a simple ceremony in their Malibu garden.

Mark Hamill and Marilou York are the parents of three children. Nathan Hamill, Griffin Hamill, and Chelsea Hamill were born in 1979, 1983, and 1988. Griffin is an artist and a martial arts instructor, while Nathan is an artist and illustrator.

According to their LinkedIn profiles, Chelsea works in public relations for Mark's company, Amazing Invisible Inc., while Marilou is the CFO. In The Last Jedi, all three Hamill children made cameo appearances as resistance soldiers.