Home / net-worth / How Much is Martin Henderson's Net Worth? Here is the Complete Breakdown

How Much is Martin Henderson's Net Worth? Here is the Complete Breakdown 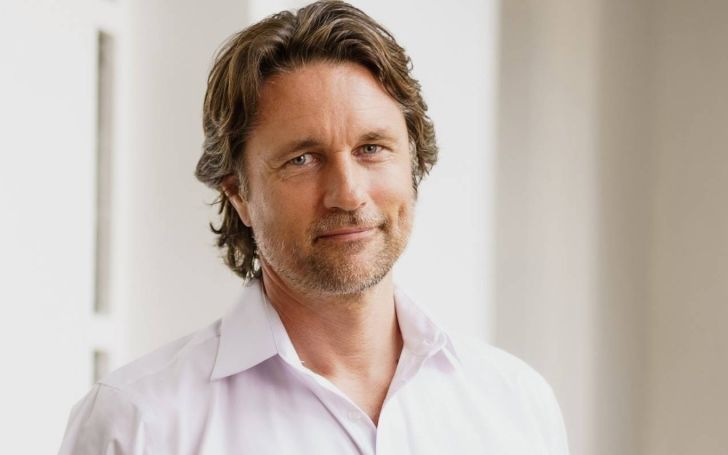 Grab All The Details On Martin Henderson's Net Worth!!

Martin Henderson is a New Zealand actor who has been a part of the entertainment industry since 1989. This actor developed an early interest in acting, which led him to pursue a career as an actor. Besides movies, Henderson has appeared in web series and music videos.

The 47-year-old artist made his acting debut in the episode of Strangers in 1989. He eventually landed more roles and rose to fame. Martin is best known for his portrayal of Dr. Nathan Riggs in the drama series Grey's Anatomy. He is well-known for his role as Ray Robert Heart in the 2005 film Little Fish.

Henderson is romantically involved with Helen Randag. In this article, we'll learn in detail about Martin's career and net worth.

How Much is Martin Henderson's Net Worth?

As per Celebrity Net Worth, Martin Henderson's net worth is estimated to be around $6 million. He makes his fortune through his successful acting career.

Henderson has over 40 credits in the industry and makes a comfortable living from his work. Further, he has been nominated for five awards, none of which he has won.

Martin Henderson is a New Zealand actor who has been a part of the entertainment industry since 1989.
Photo Source: Instagram

Henderson competes in the Nautica Malibu Triathlon in California to raise nearly $1.5 million for pediatric cancer research. As a result, he donates a million dollars to charity.

Martin Henderson made his film debut as Tom Bradshaw in 1999's Kick. In 2000, he appeared in the short film The Summer of My Deflowering, Windtalkers and The Ring in 2002, Skagerrak in 2003 and Torque in 2004. He played William Darcy in Bride and Prejudice.

Henderson appeared as Ray Robert Heart in the Australian film Little Fish. He appeared in different films, including Flyboys, Smokin' Aces, Battle in Seattle, Cedar Boys, The Moment, Devils Knot and Everest. Martin played Kevin Beam in the 2016 film Miracles from Heaven. He landed three films in 2018: The Strangers: Prey at Night, Juveniles and Hellbent.

Henderson made his acting debut as Zane in the 1989 local production Strangers. He appeared as Jack Taylor in Betty's Bunch, Stuart Neilson in Shortland Street. His other series include Echo Point, Sweat, Home and Away, Big Sky, House Off the Map, The Red Road, Secrets & Lies.

Martin appeared as Dr. Nathan Riggs in the ABC series Grey's Anatomy. Moreover, he was the main character and appeared in 45 episodes.