Home / lifestyle / Mason Greenwood's Girlfriend in 2021? Everything To Know About His Family Here

Mason Greenwood's Girlfriend in 2021? Everything To Know About His Family Here 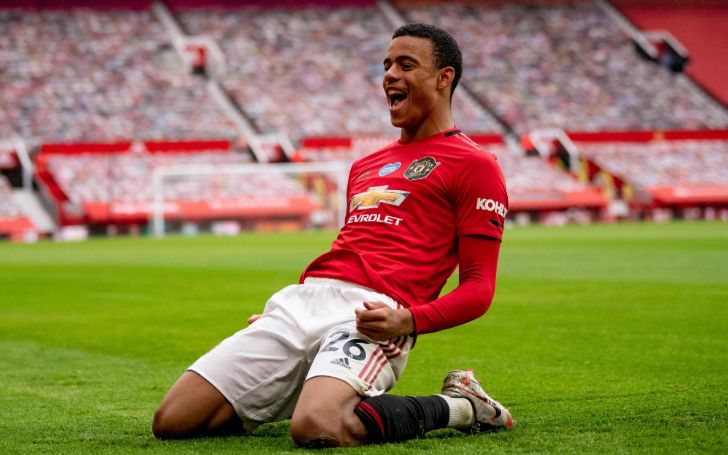 Grab All The Details On Mason Greenwood's personal life!!

After being listed to the Manchester United team, the 20-year-old football star rose to prominence during the 2017-18 season. In 2019, Mason made his senior debut in a game against Paris Saint-Germain.

Greenwood has accumulated a massive net worth of $1 million as a professional footballer. Besides his Professional life, we will learn more about his personal life.

Who is Mason Greenwood Girlfriend in 2021?

Mason Greenwood has been in a long-term relationship with the stunning Harriet Robson. The duo has been dating since 2019, having known each other since high school.

In 2020, Greenwood and his girlfriend shared a photo to celebrate one year of their relationship, but the photo was removed from their Instagram profiles a few months later, leading fans to believe that they had split up.

Click Here To See: Who is Kai Havertz Girlfriend in 2021?

After some research, it was found that Mason and Harriet broke up after the first lockdown in England, but they rekindled their relationship later in 2020. Many people believe the lovebirds are engaged and that Harriet will soon become his wife, despite being so young.

Mason Greenwood was born in Wibsey, Bradford, England, on October 1, 2001. He is the son of Melanie Hamilton and Andrew Greenwood. His father is an engineer, whereas his mother is a housewife.

5' 11'' tall player grew up with his older sister, Ashton Greenwood, a track athlete specializing in the 200m and 400m sprint races. Greenwood enrolled in the Manchester United development school in Halifax when he was six years old.

Mason Greenwood's performance was impressive, and Manchester United took notice. During the 2017-18 season, he advanced through the club's ranks and joined the under-18 team.

Greenwood's stats were quite impressive, as he emerged as the U18 Premier League North's top scorer. In 21 games, he managed to score 17 goals. He established himself as one of the academy's most highly regarded players, and he signed his first professional content with Manchester United on October 2, 2018.

This talented footballer made his competitive debut in March 2019, when Mason came on as a substitute during a UEFA Champions League match against Paris Saint-Germain. Then, in September 2019, he scored the team's first goal in a match against Astana.

Greenwood has appeared in 105 games for the team and scored 29 goals. He has represented England's under-17 and the under-21 national teams on the International stage. Mason made his England national team debut in a UEFA Nations League match against Iceland in September 2020.

As noted by FIFACM, Greenwood's rating is 78, his potential is 89, and he is in the RM position. Mason has 3 skill moves and 5 weak feet in FIFA 21, he is left-footed, and His work rates are High/Med.