Home / lifestyle / Who is Matilda Ledger's Mother? Learn about her Family here 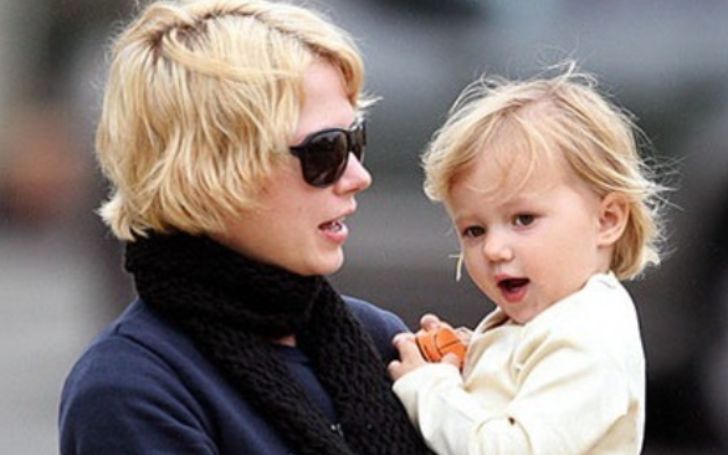 Grab All The Details On Matilda Ledger Family!!

Matilda Ledger is the daughter of Michelle Williams and the late Heath Ledger. Her father was an Oscar-winning actor who died at 28 from a prescribed drug overdose. He is most recognized for his outstanding performances in movies like 10 Things I Hate About You, The Patriot, Brokeback Mountain, and The Dark Knight.

Ledger's mother has been nominated for an Academy Award four times. The 16-year-old kid first appeared on television as an infant in 2006, on the episode "20 Cutest Celebrity Babies" of the series "VH1: All Access."

Who is Matilda Ledger's Mother?

Matilda Ledger's mom is Michelle Williams. She is a well-known American actress who began her profession when she was very young. Williams has a reputation for working with small-scale independent productions with gloomy or melancholy themes.

Williams rose to prominence after starring in the teen drama series Dawson's Creek in the late 1990s. Similarly, her Oscar-nominated performances in Brokeback Mountain in 2005, Blue Valentine in 2010, My Week with Marilyn in 2011, and Manchester by the Sea in 2016 gained critical acclaim.

Matilda Ledger's parents first met in 2004 and began dating soon after. On the set of Brokeback Mountain, they met for the first time. Following a year of dating, Matilda Ledger was born.

Heath Ledger put his property on the market and began living with Michelle William. In September of 2007, the couple ended things. Before Heath's death, they were separated for four months.

Heath Ledger adored his daughter and enjoyed spending time with her. There are numerous photographs of a father and daughter together that are wonderful.

Williams married guitarist Phil Elverum in July 2018. Few people knew they were dating, so their secret wedding caught many people off guard.

In a July 2018 interview with Vanity Fair, the actress discussed her private wedding. However, the pair divorced in early 2019, just a year after marrying, but they are still close friends.

Recommended: Ur Mom Ashley and her Boyfriend Charles Haguisan Ended their Relationship

People reported in December 2020 that Williams was pregnant and engaged to Thomas Kail, the director of "Hamilton," with whom she had collaborated on "Fosse/Verdon."

The pair married in March 2020 and welcomed their first kid the following year. Williams prefers to keep her personal life quiet; thus, nothing is known about the Kail-Michelle Williams baby, even though the family has been seen in public.

Matilda Rose Ledger was born in New York City, New York, on October 28, 2005. She is the daughter of actors Michelle Williams and the late Heath Ledger.

Ledger was born three months before the release of Brokeback Mountain, where her parents met on the set and fell in love. Kim Ledger and Sally Bell are her grandparents. Kate Ledger is her aunt's name.

For more such information about your favorite celebrities, stay tuned on Idol Persona.