Home / lifestyle / Matthijs de Ligt is Dating His Girlfriend Annekee Molenaar: Everything To Know About Them Here

Matthijs de Ligt is Dating His Girlfriend Annekee Molenaar: Everything To Know About Them Here 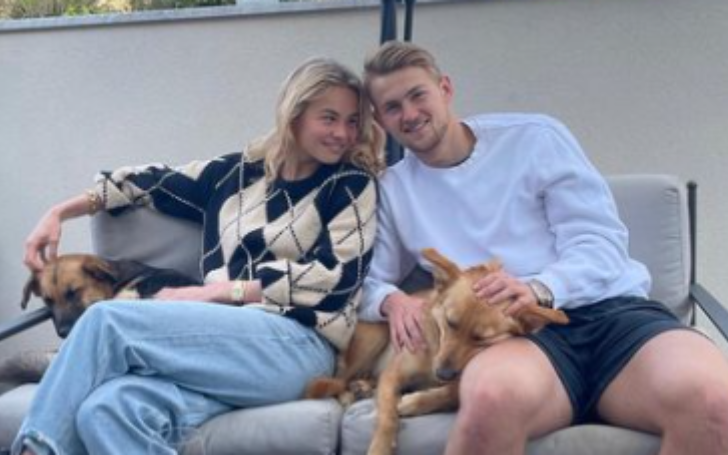 Learn All The Details On Matthijs De Ligt And Annekee Molennar Relationship!!

Matthijs de Ligt is a Dutch professional footballer. Few football center-back stars have dominated the entertaining world of soccer in recent years like De Ligt. He is a fantastic young defender who generates intimidation and risk for opposing attackers on the pitch and is a threat to set pieces.

Ajax Amsterdam Football Club is where the Dutch footballer is most known. De Ligt also plays for the national squad of the Netherlands. The 22-years-old star's football career pays him well. The estimated net worth of Matthijs is around 9 million euros.

According to sportytell, Matthijs de Ligt is in a relationship with Annekee Molenaar, a gorgeous, attractive lady who plays for HC Athena in Amsterdam, Netherlands, before he became a football sensation. Their affair was released in mid-2014.

6'2 tall footballer had two serious relationships, one with Annick Diekman. Matthijs started dating Annekee shortly after they broke up. He is currently living with his partner Annekee happily, despite being in his early twenties. Let's hope the duo ties the knot soon.

De ligt has been spotted on Instagram in several locations with his girlfriend. The couple was frequently seen in public places, hills, and on the beach throughout their vacation. Recently the duo went to Alba, Italy, on the weekend.

Matthijs de Ligt was born in Leiderdorp, Netherlands, on August12, 1999. He is the son of Frank de Ligtand and Vivan de Ligt. Fleur and Wouter de Ligtare his twin siblings.

This talented player joined the Ajax Youth Academy from his local club in Abcoude when he was 9 years old. In a 2018 FIFA WORLD CUP qualification match against Bulgaria in March 2017, de Ligt became the youngest player to play for the Dutch national team.

Mattijs played in every group game and the final of the 2019 UEFA Nations League.

In addition, de Ligt was also named Eredivisie Team of the Year and Dutch Footballer of the Year.

Who is Matthijs de Ligt's Girlfriend AnneKee Molenaar? Find It Out Here