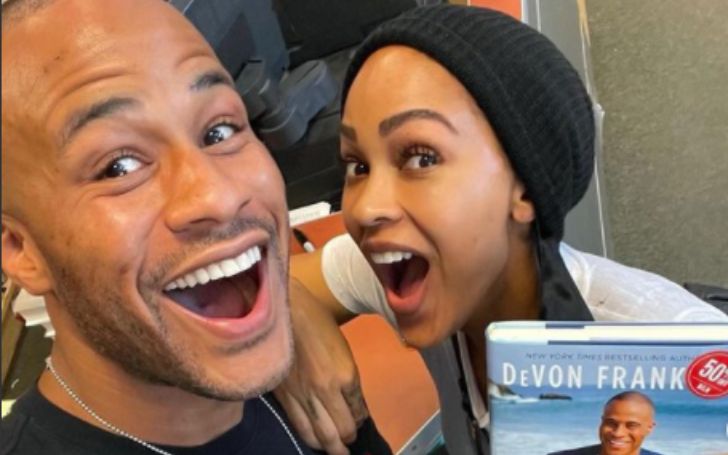 Meagan Good is an actress from the United States. She has appeared in several TV shows, feature films, and music videos. Her breakthrough role as a sexually charged adolescent came in the 1997 film Eve's Bayou. Good later landed a regular role in the sitcom Cousin Skeeter.

Good is a stunning and talented performer who seamlessly transitioned from a child and teen star to an adult actress. Meagan has played various roles in her career, ranging from a schoolgirl spy in D.E.B.S to a skilled dancer in Roll Bounce and Stomp the Yard.

Meagan also made an impression as a femme fatale in the neo-noir mystery film, and Brick's reprised her role in Waist Deep. The estimated net worth of Good's is around $5 million.

According to Recently Heard, Megan Good and DeVon Franklin have separated after nine years of marriage. The couple, who met while filming Jumping the Broom in 2011, became engaged in May 2012 and married in June 2012.

Meagan and her ex-husband DeVon tied the knot back in 2012.
Photo Source: Instagram

"We have decided to go into our futures separately but forever connected," Meagan and DeVon said in a joint statement. "We celebrate almost a decade of marriage together and an eternal love," the couple said in their statement. Nobody is to blame; we believe this is the next best chapter in the evolution of our love," they said.

"We are eternally grateful for the life-changing years we've shared as husband and wife." We are also grateful to God for creating a testimony within both of us and for blessing our lives with each other," the pair added.

You May Also Like: Who is Kelsey Kreppel? Here Are the Complete Details

Good's fans may be surprised by the sudden announcement, given that the couple shared anniversary posts dedicated to each other on Instagram just a few months ago. Meagan celebrated their love with a touching post on June 16, when she shared a highlight reel of herself and DeVon.

Furthermore, on December 2, DeVon congratulated Meagan on the success of her Amazon Prime Video series, writing, "I'm so proud of my love @Meagangood! "She's one of the most talented actors on the planet, AND she's funnier than you may realize, but I'm glad you finally get to see her do it all as Camille Parks in the new Amazon show #Harlem," he wrote on Instagram.

On August 8, 1981, Meagan Good, 40, was born in Panorama City, Los Angeles, California. She is the daughter of LAPD officer Leondis "Leon" Good and Tyra Wardlow-Doyle. Good grew up in Canyon Country, California, with a brother and two sisters.

Good began her acting career when she was four years old. She started her career on television shows such as Doogie Howser, M.D., and Amen. Meagan appeared in a single episode of several TV dramas as a teen artist, including ABC Afterschool Special, Pacific Blue, Touched by an Angel and The Parent Hood.