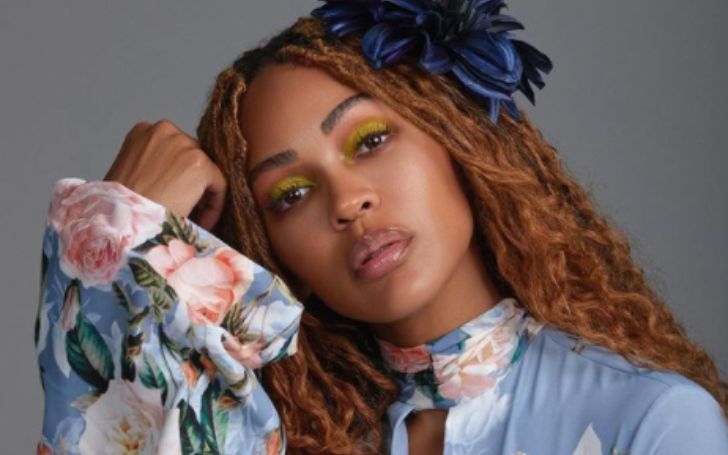 Grab All The Details On DeVon Franklin' Ex-Wife Meagan Good's Net Worth!!

Meagan Good is an American actress. She began her career in the entertainment industry as a child actor and has continued to work extensively as an adult.

Good is best known for her role as the lead in the NBC drama series Deception. She has also appeared in several major motion pictures.

Talking about Good's personal life, Meagan was married to DeVon Franklin; however, the couple divorced after 9 years of marriage.

Meagan Good had made a large fortune through her successful acting career. As per Celebrity Net Worth, the estimated net worth of Good is around $5 million.

Meagan Good had made a large fortune through her successful acting career.
Photo Source: Instagram

Good co-founded Freedom Bridge Entertainment's production company with a group of fellow actors. Therefore, she also bags certain portions of her greens as a successful businesswoman.

Meagan Good got her start in the industry as an extra. She worked as a background performer on shows like Doogie Houser, M.D., Amen before landing her first film role on Friday. Good went on to star in Eve's Bayou in 1997, where she received many award nominations for her critically acclaimed performance.

Meagan Good got her start in the industry as an extra.
Photo Source: Instagram

Good moved easily from child to adult roles, thanks partly to the fact that she played character several years younger than her actual age. She began booking more mature roles on the shows like Cousin Skeeter and movies like 3 Strikes and House Party 4: Down to the Last Minute after appearing in several small film and television roles.

Good had a busy year in 2003, with significant roles in Biker Boyz and Delivered Us From Eva. She finished the year with a recurring role in the show My Wife and Kids, demonstrating her ability to play adult roles. In 2004, she appeared in D.E.B.S., The Cookout, and You Got Served.

Meagan's career accelerated in 2005, with roles in the horror film Venom and the well-received neo-noir film Brick before landing a role in Roll Bounce alongside Bow Wow. She landed her first true leading role as an adult in the film Waist Deep in 2006, and she also voiced a character in the video game Scarface: The World is Yours.

Good went on to appear in Stomp the Yard, One Missed Call, The Love Guru, and The Unborn over the next few years. She rose to prominence after appearing in Anchorman 2: The Legend Continues and joining the ensemble cast of Think Like a Man.

After being offered the lead role in the TV series Deception, Meagan reportedly cried for 30 minutes in her car; this was a watershed moment in her career.