The renowned television personality, Melissa Villaseñor, joined the cast of Saturday Night Live to expand her portfolio in 2016. Let's see how that contributed to her already impressive net worth figure.

The multi-talented Melissa Villaseñor has created a reputation in the television world, be it for her comedy, visual art, acting, or singing career. Ever since she joined the cast of 'Saturday Night Live' in 2016, both her fan-base and net worth value soared to an all-time high.

While she entered the SNL team in 2016, it surely wasn't her first significant television credit. Previously, she featured on top shows like 'America's Got Talent' and 'American Dad.' Similarly, she is all set to star on American comedy film on Netflix, Hubie Halloween, alongside the likes of Kevin James and Julie Bowen. The movie is currently in the post-production stage.

The budding diva has been a household name in the SNL, having joined in the forty-second season. One of her best talents includes the ability to do an impression of several stars for comedy. To date, she is famous for her impressions as Sarah Silverman, Sia, and Barbara Walters.

How Much Is the Net Worth of Melissa Villaseñor?

As a regular member at the popular late-night show, one would assume Melissa Villaseñor earns quite a fortune from the show. Specifically, she accumulated a staggering net worth of $2 million,as of 2020.

With the experience and expertise she holds, Melissa Villaseñor surely earns way more than $39.84 per hour, the average salary of an actress in the United States. Since she is just getting started on her career, the net worth figure is surely going to increase as time passes by.

The SNL has been a significant part of Melissa Villaseñor's identity. She debuted on the show on October 1, 2016, alongside the likes of Mikey Day and Alex Moffat, impersonating Sarah Silverman. Just two years later, she received a promotion to the repertory cast, which earned her a significant sum of $7000- $8000 per episode or $147,000 - $168,000 per season.

As the diva climbs the SNL ladder, she can make upto $25,000 per episode or $525,000 per year. Interestingly, the actress auditioned for the talk show way back in 2009 but failed to make her way into it. Instead of her, the likes of Nasim Pedrad and Jenny Slate were hired on that occasion.

Besides SNL and filmography works, Melissa Villaseñor also expanded her resume highlights with her work on YouTube. She earned over 121,000 subscribers in her account to date, thanks to the variety of content she uploads for the fans.

From the digital platform, the diva earns around $1000-$4000 per year. Similarly, the TV actress is an active Instagram user as well, with about 166,000 followers.

You may also like: Andrea Bocelli Net Worth - The Complete Details

Courtesy of a such a vast wealth, the SNL actress resides in an enormous mansion-house at Los Angeles, California, besides sporting a small sunflower patch tattoo on her left arm. 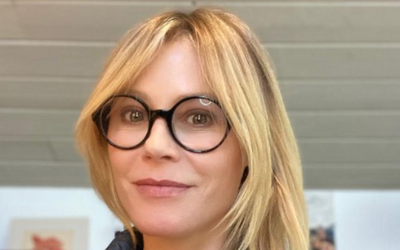 Julie Bowen Net Worth 2022 | Details on her Movies & TV Shows

Kevin James Net Worth - How Rich is the Actor?