Home / lifestyle / Who is Mercedes Terrell? Who is She Dating Currently?

Who is Mercedes Terrell? Who is She Dating Currently? 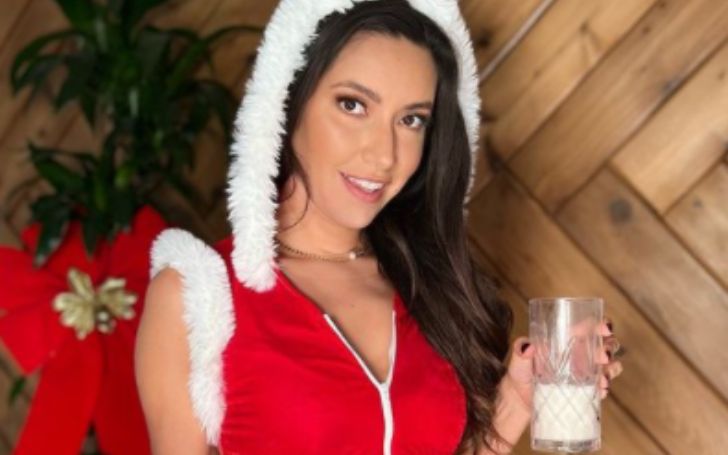 Learn All The Details On Mercedes Terrell Personal Life!!

Mercedes Terrell is a model from California who rose to prominence as a Monster Energy Supercross spokesmodel. She is also well-known as the Bellator Mixed Martial Arts ring girl. Her charisma and beauty have also earned her curbside sponsorship from Moto Gp, Gifted Nutrition, and Superbikes.

Terrell's net worth must be enormous as a model and ring girl. She has made a fortune working for various magazines and as a ring girl for Bellator MMA.

Mercedes Terrell, 37, an American model, was born on June 21, 1984, in Yorba Linda, California. She has Sicilian, Mexican, and Welsh ancestors. Terrell is now a resident of Southern California. With a 5 ft 6 inches height, she has a perfectly slim and hot body.

Mercedes Terrell is a model from California who rose to prominence as a Monster Energy Supercross spokesmodel.
Photo Source: Instagram

Terrell has yet to share details about her family. The media has been unable to learn anything about her parents. She does, however, hope to raise her family in her hometown of Yorba Linda one day. She is the youngest of five sisters and has no brother.

Mercedes aspired to be a fashion designer and an artist before beginning her modeling career. She also attended art classes in school. Her modeling career began as a spokesmodel for Function Garage.

You May Also Like: Sydney Lotuaco Engaged With her Longtime Boyfriend Nick Wehby, Details Here

Terrell's career began when she appeared as an import car model on the covers of numerous auto magazines. She has worked as a ring girl for Bellator MMA and continues to do so. Mercedes is also an Instagram model. She frequently posts pictures of herself in a bikini on Instagram.

Have you ever fantasized about dating the stunning Mercedes Terrell? If you answered yes, we will not hold it against you. She is so stunningly beautiful that any man would want to date her. Is she, however, available?

Sorry to disappoint you all, Terrell is taken. Her boyfriend is a complete gentleman. When asked about her dating life in an interview, she stated, "I like guys with a good sense of humor and guts who have some balance in their lives. You must be capable of being trustworthy and trusting. You can't be too strict. I prefer it when a man acts like a man."

Terrell keeps her love life private, so she hasn't spoken much about her relationship with her boyfriend. It has to have been very romantic. Is she still dating him, or has she already married him?

Mercedes tied the knot with her sweetheart six years ago. Yes, she is happily married to her husband. But what is the name of her better half? As far as we know, Terrell's beau goes by Chris. On Instagram, he goes by the handle shove vone. The lovebirds got married on September 21, 2015, as noted by Married Biography.