Home / net-worth / What is Michael B. Jordan Net Worth in 2022? Detail on his Earnings here 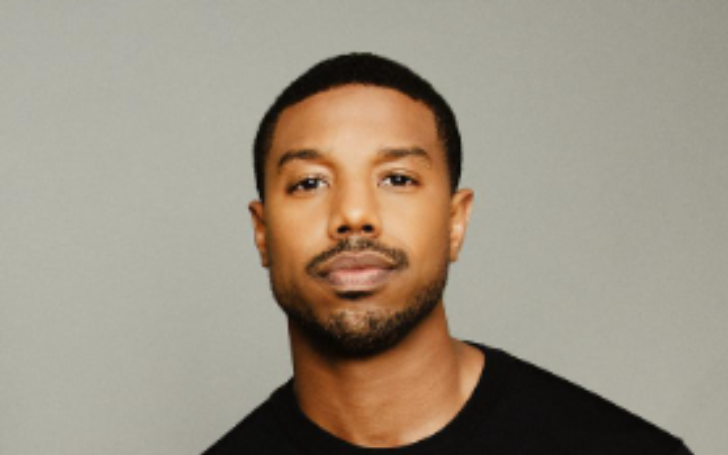 Grab All The Details On Michal B. Jordan's Net Worth!!

Michael B. Jordan is an actor from the United States. He is well-known for his roles in Fruitvale Station, Creed, and Black Panther.

Jordan has received numerous awards for his acting work, including three BET Awards, five NAACP Image Awards, and a National Society of Film Critics Award. The 5'10'' tall actor was romantically involved with his ex-girlfriend, Lori Harvey.

Michael B. Jordan's net worth is $25 million, according to Celebrity Net Worth.

Michael B. Jordan is an actor from the United States.
Photo Source: Instagram

Jordan was named People's Sexiest Man Alive in 2020 and one of Time magazine's list of the 100 most influential people in the world. He was ranked #15 on The New York Times list of the 25 Greatest Actors of the 21st Century that same year.

As per Dirt, Michael B. Jordan is currently trying to sell the Hollywood Hills bachelor pad he acquired for $5.8 million from TV host Daisy Fuentes back in late 2019 through an off-market deal. The property is listed by The Agency's Bryan Castaneda and Andrew Mortaza for almost $7 million.

Michael B. Jordan is currently trying to sell the Hollywood Hills bachelor pad he acquired for $5.8 million.
Photo Source: Instagram

The modern stucco and wood-accented structure was originally built in 1997 and is nestled behind a lengthy gated driveway in a celebrity-studded community where nearby neighbors include Lady Gaga, Robert Pattinson, and Niall Horan. Designer Jeff Mills has since made extensive updates to the home, which now has three bedrooms and five baths in 4,800 square feet of light-filled living space with hardwood and stone floors and high beamed ceilings.

The main level is designed primarily for entertaining, with a fireside living room and walls of stackable glass doors opening to the backyard, as well as a formal dining room and screening room. A modern gourmet kitchen is outfitted with high-quality stainless appliances.

You May Also Like: What is Daniel Kaluuya Net Worth? Details on his Movies & TV Shows

There are three en-suite bedrooms in total, including a lavish upstairs master suite with a fireplace, sitting area, balcony, and walk-in closet. A luxurious bathroom features dual vanities, an oval soaking tub, a large glass-encased shower, and its own balcony; there's even a separate yoga loft.

The resort-style grounds of just over an acre include a 50-foot pool, an oversized hot tub, and an outdoor kitchen with an eat-in bar and built-in barbecue. The heavily wooded property also has a waterfall fountain, walking paths, and plenty of places to relax and entertain.

In 1999, Michael B. Jordan began his acting career in an episode of The Sopranos on HBO. He also made appearances that year on Cosby on CBS and in the movie Black and White. Jordan co-starred in the 2001 film Hardball with Keanu Reeves and Diane Lane.

In 1999, Michael B. Jordan began his acting career in an episode of The Sopranos on HBO.
Photo Source: Instagram

The critically acclaimed HBO series The Wire featured Jordan in 12 episodes the following year, and in 2003, he took the place of a future Black Panther co-star on the ABC soap opera All My Children. Michael continued to appear on the program until June 2006, appearing in 59 episodes and receiving NAACP Image Awards and Soap Opera Digest Award nominations.

Before taking the lead in the 2007 movie Blackout, Michael appeared in recurring guest roles on the crime dramas Without a Trace, CSI: Crime Scene Investigation, and Cold Case. He made an appearance in Pastor Brown, Bones, and Burn Notice episodes in 2009.

In the same year, Jordan also started a 26-episode run on the NBC football drama Friday Night Lights and appeared in all 13 episodes of the Canadian sitcom The Assistants. In 2010, he made an appearance as one of the "faces of the future" in Nylon magazine Young Hollywood Issue, made guest roles on Lie to Me and Law & Order: Criminal Intent, and joined the cast of NBC's Parenthood.

In 2012, Michael made a guest appearance on the Fox medical drama House, as well as appearances in the movies Red Tails and Chronicle. For his portrayal of shooting victim Oscar Grant in the 2013 film Fruitvale Station, Jordan won several awards, and People and Variety singled him out as an "actor to watch."

Both GQ and Entertainment Weekly named Jordan one of 2013's breakout stars. In 2015, Michael starred as Johnny Storm in the flop Fantastic Four, but later that year, he received critical acclaim for his role as Apollo Creed's son in the Rocky sequel/spin-off Creed.

The film earned $173.6 million at the box office, but its sequel, Creed II, earned $214.1 million. In the 2018 film Black Panther, Michael portrayed the villain Erik "Killmonger" Stevens. Jordan also appeared in and produced HBO's Fahrenheit 451, and was an executive producer on the 2019 animated web series Gen: Lock and Netflix's Raising Dion.

In 2019, Jordan won an NAACP Image Award for his performance as defense attorney Bryan Stevenson in Just Mercy, which tells the true story of a man wrongfully convicted of murder. In 2018, Michael was cast as former Navy SEAL John Clark in Without Remorse, a film based on a Tom Clancy novel; the film was set to be released in 2020 but has been delayed until February 2021 due to the Coronavirus pandemic.

Michael will make his directorial debut with Creed III, a sequel to Creed II, as well as produce and reprise his role as boxer Donnie Creed. It will be released on March 3, 2023. With Will Smith, he will produce and star in the sequel to I Am Legend.

Stay tuned with us, Idol Persona, for more celebrity net worth updates.