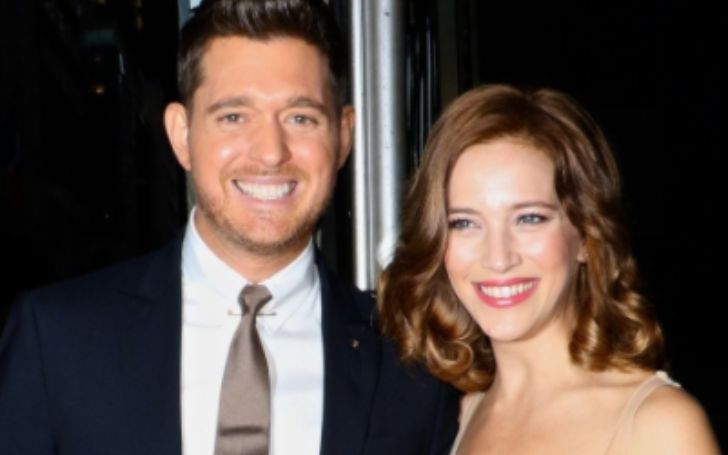 One more! Michael Buble and his wife, Luisana Lopilato, are expecting their fourth child together, as per US Magazine.

The pregnancy announcement will be made public in a music video due to air on Tuesday, February 22, according to TMZ, which got the footage on Monday, February 21.

The video concludes with Lopilato, 34, dragging her husband out of an elaborate dreaming sequence in a grocery shop, set to the 46-year-old singer's song "I'll Never Not Love You" from his next album. The Argentina native's baby belly is visible as they walk out with their children.

The couple, who married in 2011, have two sons, Noah and Elias, as well as a daughter, Vida.

The Canadian singer teased the song as a follow-up to his 2009 hit "I Just Haven't Met You Yet," which he penned about waiting for his soulmate during the early stages of their relationship.

"Haven't Met You Yet" was a lovely start to a true love story. In the fantastic sequel "I'll Never Not Love You," the story continues ten years later. On February 19, Buble sent out a tweet.

Lopilato gets to play several parts in the music video with her spouse, as they pay homage to classic film romances from the past.

On Monday, the model used Instagram to promote the impending album, calling it "a summary of our love story during these 14 years together," but she didn't mention the pregnancy rumors. Her joy, on the other hand, was obvious.