Home / lifestyle / Is Miles Chamley-Watson Dating Anyone in 2021? If Yes, Then Who is His Girlfriend? Find It Out Here

Is Miles Chamley-Watson Dating Anyone in 2021? If Yes, Then Who is His Girlfriend? Find It Out Here

Who is Miles Chamley-Watson Dating? Find The Details Here!!

When it comes to Olympics sports, we naturally tend towards the most well-known names such as swimming, running, or other sports. With his skills, this athlete brought the sport of fencing to the public's attention.

31-year-old star estimated net worth is around $1 million. Miles makes his fortune through his successful professional career. Besides his professional life, his fans are curious about his dating life, so check out the information below.

Like other celebrities, Miles Chamley-Watson likes to keep his personal life private. According to Celeb Magazine, recently, it is rumored that he is dating the Riverdale actress Madelaine Petsch.

It's unsure when they started dating, but the first photo of them together was taken in October 2020, when they joined the rest of the Riverdale cast at the Thanksgiving party.

After that, they remained very low-key, but in March 2021, they appeared on public radars when photographers captured them looking very close while out on a walk-in in Vancouver.

The Daily Mail stated that Watson had relocated from Los Angeles to Vancouver to be close to the actress, who is filming season 5 of Riverdale there. According to sources, he's also staying at the same hotel as Petsch, which has long-term residencies.

The 2017 Gossip About  Miles Chamley-Watson and Rihanna

Miles Chamley-Watson's dating life became a popular topic on the internet back in May 2017. Due to a particular event during that year's Gala, one-story spread like wildfire. What was that? He apparently spent his post-Gala celebration partying with Rihanna, singer and superstar.

On this particular occasion, they spent some time together. Rihanna has a long list of Hollywood celebrities in her relationship history. She appeared to be comfortable with the sportsperson.

Watson's similarity to Chris Brown (Rihanna's ex-boyfriend) was also speculated by many. Chris and Rihanna dated for a long time.

Miles appears to be in great health and has a wonderful sense of humor based on his Instagram post. Although the two seemed to get along during the Gala, there were no dating rumors afterward.

What is Madelaine Petsch's Relationship Status in 2021? All About Her Boyfriend Here 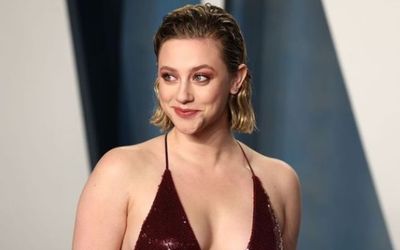 Who is Sevyn Streeter Boyfriend in 2021? Learn Her Dating History Here

Who is Jesse Williams' Girlfriend in 2021? All Details on His Relationship