Home / lifestyle / Who is Ming-Na Wen Daughter? Learn About Her Family Here!

Who is Ming-Na Wen Daughter? Learn About Her Family Here! 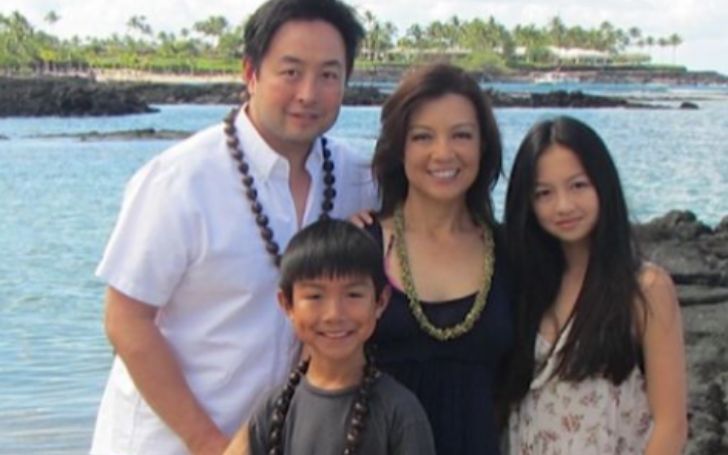 Learn All The Details On Ming-Na Wen's Personal Life!!

Ming-Na Wen, 58, is a Chinese-American actress who rose to fame as the voice of Princess Fa Mulan in Mulan and Mulan II. She is well-educated, best known for her role as Dr. Jing-Mei Chen in the hit television series ER. She made a name for herself in the film and television industries due to her roles in several serials and films.

Wen is one of the most sought-after leads in voice acting. Her name was included in People Magazine's list of the 100 most beautiful people in the world in 2008.

Ming was also ranked 49th on Goldsea Asian-American Daily's list of the 100 Most Inspiring Asians of All Time. Ming also manages a boy band called At Last. The estimated net worth of Wen is around $5 million.

Who is Ming-Na Wen's Daughter?

Ming-Na Wen is a Chinese-American actress who rose to fame as the voice of Princess Fa Mulan in Mulan and Mulan II.
Photo Source: Instagram

Michaela earned a degree in journalism and design with a minor in Fashion Studies before following in her mother's footsteps and lending her voice as Ginger Hirano in Phineas and Ferb, Princess Jun in Sofia the First and Nafisa in Ralph Breaks the Internet.

Zee has her website with the same name. Her website features her blogs and fashion updates regularly. She never misses an opportunity to express herself to the media. Michaela and her parents attend most annual functions, movie premieres and celebrity gatherings.

Michaela is not the only child of the famous actors. Cooper Dominic Zee, her younger brother, was born on October 12, 2005.

As per The Cinema Holic, Ming-Na Wen is happily married to Eric Micheal Zee. She mentioned that fate brought them together because Eric drove her to a special screening of The Joy Luck Club.

Although it wasn't love at first sight because Wen stated she wasn't looking for anyone to date, the two quickly became friends and realized they were meant to be. Friendship blossomed into romance, and the couple sealed the deal in 1995 by exchanging vows in a beautiful wedding ceremony.

Ming-Na Wen was born in Coloane on November 20, 1963. Her parents are divorced when she was a toddler, and she moved to Hong Kong with her mother, Lin Chan and brother Jonathan. Following the divorce, her mother worked as a nurse and remarried US businessman Soo Lim Yee.

Wen's family relocated to Harlem, New York. After they moved from New York, her stepfather joined in family's Chinatown Inn restaurant in Pittsburg. Ming Na worked there in the restaurant as a teenager.

Wen took part in her first Easter play when she was in third grade, and it was then that she realized acting was what she wanted to do as a career. She had taken on the persona of a Klutz bunny. Ming-Na attended high school in the Pennsylvania suburb of Mt. Lebanon. Due to her origins, she chose to be called Doris or Maggie as a misfit in school.

Ming defied her mother's wishes by studying theater instead of medicine. She graduated from Carnegie Mellon University with a Bachelor of Fine Arts. Wen was a brilliant student who graduated with honors.