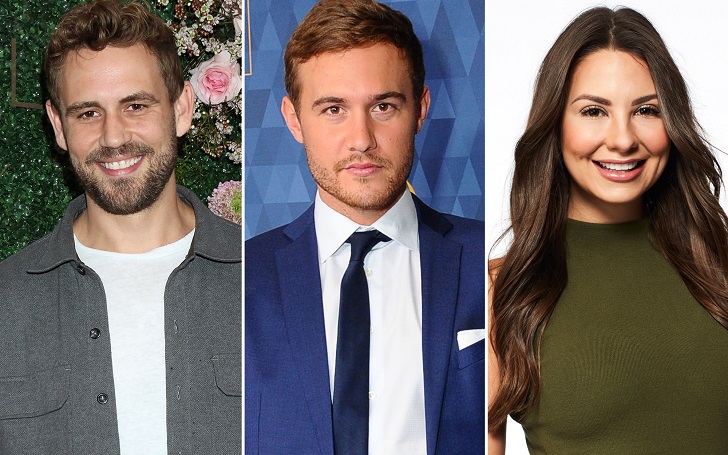 It was alright for Nick Viall when he said it's good that they're good friends for now. But as his acquaintances have been trying to ship him with Kelley Flanagan, it must've at least pricked a little when photos of she and Peter Weber vacationing in Chicago was brought to his attention, especially after declaring "She's not with Peter" having started the whole thing with himself.

Weber had his own drama in this season's 'The Bachelor' finale, the most dramatic one yet, separating from Madison Prewett after just two days of telling (although, not explicitly) they were together, meaning they were likely never together in the first place.

Flanagan, meanwhile, was almost on the finale, before she was sent home packing as Weber chose "three" women before her. And it seemed, at the time, she was not getting back into his life anytime soon. But this recent event happened too soon, in fact.

As the whole world has gone under self-isolation and self-quarantine, the two of them were spotted together in Chicago and were definitely "vibing", according to sources. Of course, carrying her up in air is undoubtedly something that can be defined as vibing.

The photo/clip swarmed the social media world and Viall got a hold of it. As people remember, Chris Harrison was completely "here for" anything that could happen between Viall and Flanagan. When 'The Viall Files' podcast host shared the released photo alongside his own that sparked his rumors with the caption, "I Stand Corrected," everyone who previously got involved also jumped in.

Harrison wrote, "Shooters shoot," in the comments. Everyone was shattered obviously, but former 'The Bachelorette' contestant, Dean Unglert, was probably visibly the most known associate. He took back his "OMG DATE" comment, writing, "i rescind my 'omg date' comment. you deserve better."

Stay tuned and connected to IdolPersona for more entertainment content and updates from your favorite celebrities.