MTV is starting some initiatives to talk about the mental health of young people by beginning a program called 'Each and Every Day' Grab the details of the program below.

One of the most important topics of discussion about mental health has been the psychological well-being of youths during the pandemic. During the lockdown period, most young people had to spend most of their time inside their homes or rooms with little to no access to therapy assistance and counseling.

As a result, the number of teenagers suffering from mental health problems sparked during the Covid-19 crisis. A majority of them had been contemplating suicide, as per a CDC report.

MTV is premiering 'Each and Every Day' on February 16 to address the mental health problems of young people.
Source: Yahoo Finance

In response to the growing problem, MTV Documentary Films is starting a program called 'Each and Every Day' to address the issue and take approaches to tackle it. The show, directed by the Peabody-winning director Alexandra Shiva will portray the experiences of young people related to their mental health issues and focus on the urgency of their problems and providing assistance.

'Each and Every Day' was filmed during the pandemic in partnership with The Jed Foundation. It is executive produced by Sheila Nevins. It features young people who have attempted suicide and made plans to do so. It also shows the experience of the participants and how they sought help. As per Deadline, it is going to premiere on MTV on February 16, 2021.

'Making this film I saw firsthand the way young people are dealing with their mental health challenges, including talking openly about suicide,' director Shiva says in a statement about the program. 'It inspires me and gives me hope that young people don't shy away from this issue, because talking about it saves lives.'

Donna Satow, a co-founder of The Jed Foundation, also shared her opinions about the program. 'I am inspired by the film's compelling and honest stories directly from young people that send a powerful message: anyone who is hurting is not alone and that there is hope and help available,' she said.

Stay tuned to Idol Persona in order to get the latest news stories of your favorite celebrities. 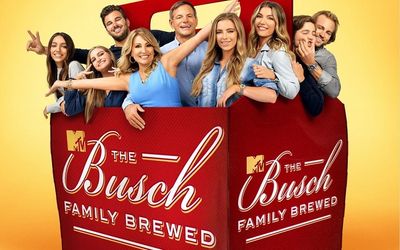 The Busch Family Keeping the Brewing Legacy Alive with Their Own Brewery, Billy Assures