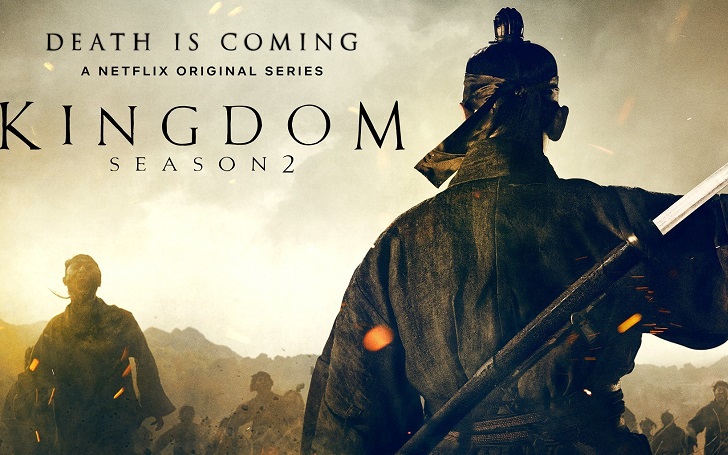 A lot of those cliffhangers are going to be put to rest when 'Kingdom' comes back for Season 2.

There's nothing like a good Korean drama to get the tears rolling. But the country is also an expert in making horror, thriller, adventure and war drama as we've seen over the years, especially after the Oscar win for 'Parasite'.

It's a tight group of people on the set of 'Kingdom'.
Source: Allkpop, Netflix

However, there remains a growing fanbase for 'Kingdom' that the actors themselves couldn't believe second season was being promoted via numerous billboards across the United States. When Netflix took it, things got even bigger.

The series has been a huge stepping stone for its actors, like Ryu Seung Ryong. He went to Zimbabwe and South Africa to film a documentary, and he was taken aback at the fact that people there recognized him. Yeah, that was a huge experience for him.

People recognized him in Africa, even without his beard.
Source: Kingdom, Netflix

Just a few hours ago, Netflix dropped the official 'Kingdom' Season 2 trailer on YouTube, amid several unofficial ones from others before, and there are some intriguing things to take from it. It unveils the beloved characters fighting to keep the zombies at bay during the day.

Meanwhile, the power-hungry Joseon's Cho family and crown prince 'Lee Chang' [Joo Ji Hoon] continues his vow of overthrowing the powerful Jo family and reclaiming his throne during a time of disease and power. But there's this surprise; someone else wants to take the King's throne.

The Queen [Kim Hye Joon] challenges 'Lee Chang' at the royal palace. But there's one person who's not getting into such fiddle and genuinely wants to help people. The medicinal assistant 'Seo Bi' [Bae Doo Na] is doing everything he can to find a cure for the 'undead' disease spreading rapidly across Joseon.

For more of the show, just wait for the show to be aired on Netflix on March 13.