Netflix and Addison Rae are set to do some more projects together. After their recent work, He's All That, the streaming giant and TikTok star are ready to create more impressive movies.

In other words, Netflix offered a deal for multiple movies to Rae, which she accepted. Thus, they will be together for some time, working on their future projects. Besides acting on-screen, Rae will also be active as an executive producer in the projects.

Talking about Rae's recent work with Netflix, she played the role of a popular beauty influencer determined to turn her scruffy classmate into prom king in "He's All That," a gender-flipped remake of the 1999 ten rom-com "She's All That."

Addison Rae is posing for her photoshoot.
Photo Source: Instagram

The film was released on August 27, and the streamer anticipates that more than 55 million households will watch it within the first month of its release. According to Netflix, it has already reached number one in 78 countries, including Brazil, France, and Suadi Arabia.

"As evidence by He's All That and her already strong fan base, Addison Rae's charm and promise are undeniable," said Naketha Mattocks, Netflix's director of a family film. "We are thrilled to be a part of her burgeoning career as an actress in this next phase."

Rae has over 84.1 million TikTok followers, 39.8 million Instagram Followers, and nearly 5 million Twitter followers. In March, this 20-year-old star released her first single, "Obsessed," and was nominated for the MTV Movie and TV Awards' breakthrough social star in 2021.

For more updated news, stay tuned with us in Idol Persona. 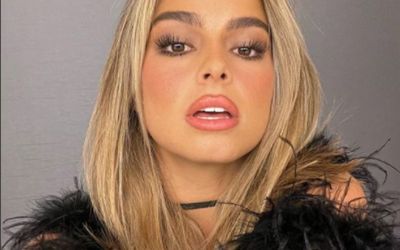