Home / lifestyle / How old is Nicholas Galitzine? Is he Dating? All Details here

How old is Nicholas Galitzine? Is he Dating? All Details here 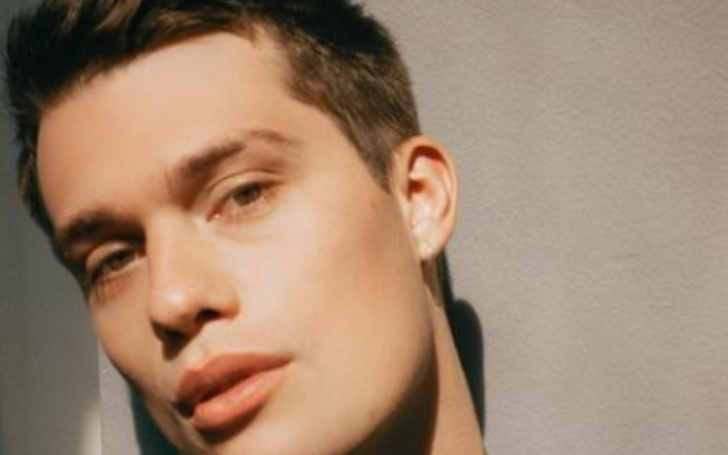 Grab All The Details On Nicholas Galitzine's Personal Life!!

Nicholas Galitzine is a well-known English actor. He has appeared in movies such as High Strung, Handsome Devil, Cinderella, and Purple Hearts.

Galitzine's net worth is around $1 million. In this article, learn all about Nicholas' personal life.

How old Is Nicholas Galitzine?

Nicholas Galitzine is 27 years old. On September 29, 1994, he was born in London, England. He is the son of Geoffrey Galitzine and Lora.

Geoffrey was born in a family of Russian nobility, but he made a career as an entrepreneur and made sure his children had a good childhood. As a result, Nicholas Galitzine grew up in a close-knit household with his sister, Lexi Galitzine, and built a deep familial tie throughout the years.

Nicholas discovered his passion quickly, as he was already in the school choir by the age of ten. He was, nevertheless, an active sportsman during his school years, participating in football, rugby, and athletics tournaments.

After finishing his education at Dulwich College in London, Galitzine began acting with an Islington-based youth theatre company. Even though he is a well-known actor now, he maintains a close relationship with his family and frequently features them on social media.

You May Also Like: Is Anne Heche Married & has Kids? Learn her Relationship History

Nicholas has spoken about his parents and attributed his achievement to them. In addition to making time in his busy work schedule to spend with his family.

In a post honouring Father's Day, Galitzine wrote, "To the man that raised me, took me to rugby fixtures across the nation, let me pilot a plane when I was 9, pushed me to go to the audition for the play where I'd get scouted and start a career as an actor, HAPPY FATHERS DAY!!"

No, Nicholas Galitzine is not dating anyone as per Married Biography. Although Galitzine's fondness for talking about and displaying his family on social media, he has always preferred to keep his personal life private. When asked why he wanted to be an actor, Nicholas said it was because he liked a girl who used to go to the Edinburgh Fringe Festival.

Nicholas Galitzine is not dating anyone.
Photo Source: Instagram

As a result, In order to impress and get to know her, Galitzine got involved in movies, which led to him discovering an acting agency. Nicholas is quite friendly and frequently forms lifelong friendships with his co-stars. As a result, it is reasonable for people to speculate about a romance, especially because the actor was previously linked to his Chambers co-star Lilli Kay.

Although the two have neither acknowledged nor refuted the rumours, fans may be surprised to learn that Galitzine has also been linked to popular singer Camilla Cabello. The reason for this rumour could be because of the part they played in Cinderella. Their roles as Cinderella and Prince Charming are so well-known that anyone who plays them becomes famous as a true lover.

People have begun to appreciate them as a pair. And now they want to witness the same thing outside of the screen, in real life. Thus, it appears that Galitzine does not have a particular someone in his life and is instead focused on advancing his work.

Nicholas Galitzine made his cinematic debut in 2014, co-starring with Luke Perry in The Beat Beneath My Feet. He also contributed many songs to the film's original soundtrack.

Nicholas Galitzine made his cinematic debut in 2014, co-starring with Luke Perry in The Beat Beneath My Feet.
Photo Source: Instagram

Galitzine appeared in an episode of the TV show Legends in 2015. Screen International called him a Star of Tomorrow. He appeared in the American drama High Strung in 2016. Nicholas landed his first significant television role in the Netflix horror thriller series Chambers. He appeared in the drama film Share in 2019.

In the sequel to The Craft, The Craft: Legacy, Nicholas portrayed the bisexual adolescent Timmy in 2020. He also played Prince Robert in Cinderella in 2021.

Galtzine was cast as one of the stars in the film version of the romance book Red, White, & Royal Blue in 2022. On June 24, 2022, his debut song, Comfort, was released. He also appeared in the Netflix film Purple Hearts which was aired on July 29, 2022. His co-star in Purple Hearts is Sofia Carson.

Is Camila Cabello Dating as of 2022? Learn Her Relationship History