The Massive Weight Loss of Nicki Chapman! Here's the Story 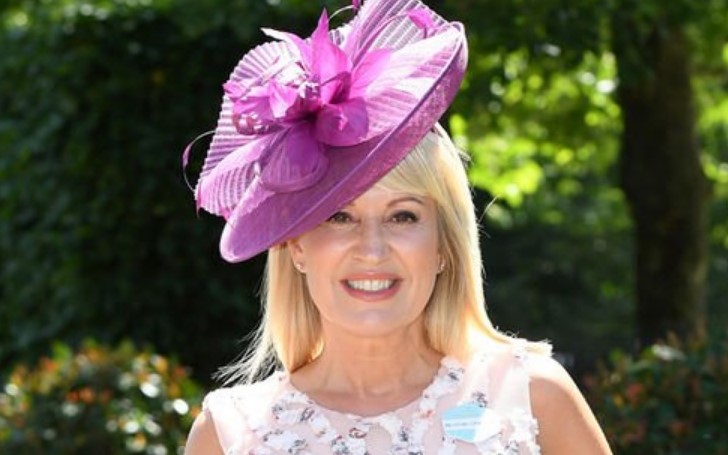 Here's what you should know about Nicki Chapman's weight loss

Nicki Chapman is an English television personality who is known for her stint on ITV reality shows, "Popstars," and "Pop Idol" as a judge. The British television presenter is currently hosting "Wanted Down Under," "Escape to the Country,' and "I Escaped to the Country."

Moreover, Nicki Chapman is also known for occasionally presenting on BBC Radio 2 as a stand-in presenter.

While talking about her background, Nicki was born in January of 1967 in Herne Bay in Kent. The television personality started her career as a Promotions Assistant at MCA records when she was 21 years old.

Later Chapman worked as a Head of Promotions at RCA, where she got a chance to meet Simon Cowell. She worked her way up and started working in the same field for a fair share of life until she found her fame working as a judge on the ITV series, 'Popstars.'

While we assume a lot of you already know about Nicki's excellent career, do you know about her recent transformation, though? Chapman has undergone a massive weight loss, and here's what you should know.

While it's not a new topic, Nicki Chapman underwent a weight loss back in 2018, but still, the information here is all relevant. We still want to know how the host 'Wanted Down Under' achieved her weight loss.

Nicki Chapman is an English television personality who is known for her stint on ITV reality shows, "Popstars," and "Pop Idol" as a judge.
Photo Source: Instagram

During the same interview, Nicki Chapman revealed her diet plan and also what led to her weight gain before her weight loss.

Talking to the Mirror Sunday, the television personality said,

"I try to have five portions of fruit and veg a day, and I eat a lot of chicken. I have cereal and fruit in the morning and salad at lunch."

"I don't believe in faddy diets, but I follow the principles of Weight Watchers and Slimming World, i.e., smaller amounts, and that becomes a way of life."

While about exercise, Nicki revealed,

"I do 40 minutes on the machines and half an hour of cardiovascular work - running, speed-walking, step and rowing. We also concentrate on hips, thighs, arms, back, and bust."

You May Also Like: Boris Johnson Says " He Was Too Fat" — The PM Opens Up During his Weight Loss Story