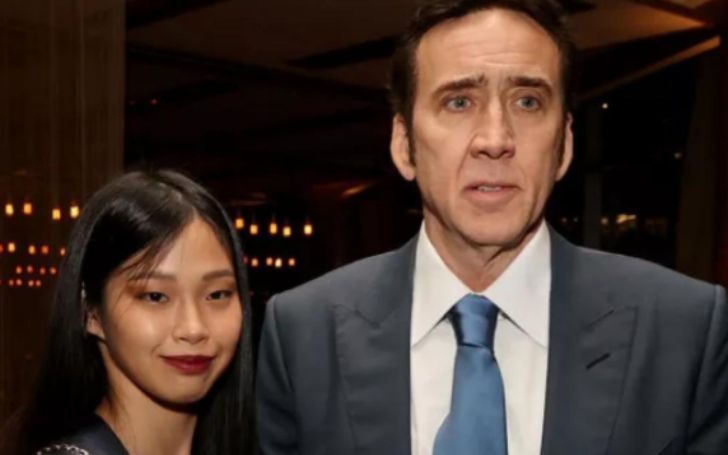 Nicolas Cage & Riko Shibata Are About To Expand Their Family.

On Thursday, Nicolas Cage and his fifth wife, Riko Shibata, made it official that they are about to be parents to their first child together, as per People.

Nicolas Cage and his fifth wife, Riko Shibata, announced that they are expecting their first child together, as per PEOPLE.
Photo Source: Instagram

PEOPLE reported that a representative confirmed the happy news, saying, "The parents-to-be are ecstatic!" This will be Shibata's first child and Cage's third, as he is already the father of 31-year-old Weston Cage and 16-year-old Kal-El Cage from a previous relationship with Christina Fulton and Alice Kim.

On February 16, last year, the couple married in a small, intimate ceremony at the Wynn Hotel in Las Vegas, a date chosen to commemorate Cage's late father's birthday. Over a year ago, the pair met through mutual friends in Shiga, Japan.

Shibata walked down the aisle to her favorite song, "Winter Song" by Kiroro, while wearing a handmade Japanese bridal kimono from Kyoto. The Oscar winner wore a Tom Ford tuxedo, and the lovebirds exchanged traditional Catholic and Shinto vows, as well as readings from Walt Whitman and a haiku. "It's true, and we are very happy," Cage said at the time in a statement to PEOPLE.

Last July, Cage and Shibata made their red carpet debut as a couple at the premiere of his film Pig, and in October, they posted for their first cover together for Flaunt magazine.

Nicolas Cage, 57, Back To Work in LA After "Drunken Brawl"