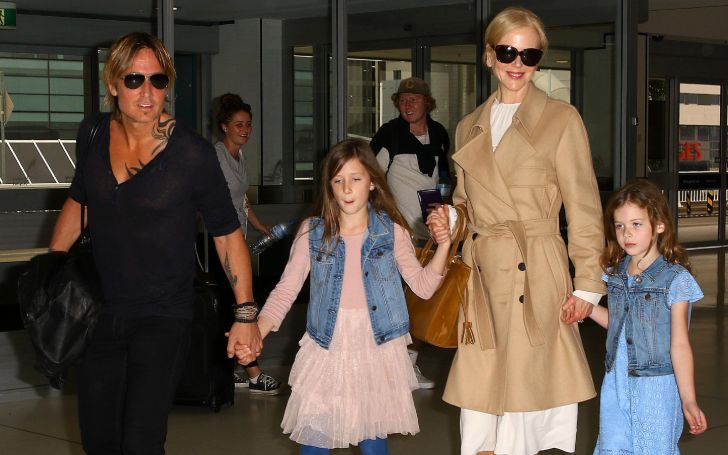 The Prom actress shared a picture of her baby girl's birthday cake on her Instagram page. Along with the photo of a delicious cake featuring ten pink candles, Nicole also wrote a caption wishing Faith a happy birthday.

Nicole wrote, "Happy Birthday, darling Faith Margaret! We love you so much."

Talking about Nicole and Keith's daughter, Faith, she was born in 2010. The lovely duo welcomed her in their life via surrogate in Nashville.

Also Read: Bryan Cranston Speaks Out Against the "Cancel Culture" in His Latest Interview with AP

Like every regular pair, Nicole and Keith were grateful after the arrival of their baby girl. According to Pop Culture, the couple, in a statement, said, "No words can adequately convey the incredible gratitude that we feel for everyone who was so supportive throughout this process, in particular our gestational carrier."

Before Faith, the celebrity couple gave birth to their elder daughter Sunday Rose. Besides her two daughters, the Big Little Lies cast welcomed two kids in her life: her adopted daughter, Isabella Jane Cruise (b. 1992), and another her son, Connor Antony Cruise (b. 1995).

Both of Nicole's elder children came into her life while she was with her ex-husband, Tom Cruise. The former love birds were married from 1990 to 2001.

You May Also Like: Tyra Banks Assures She Won't Be the One-Season Host of DWTS

After Nicole, 53, their first marriage ended with the Mission: Impossible star, she walked down the aisle with Keith Urban in 2006. He's an Australian singer, songwriter, and record producer.