Learn all the net worth and earning details you need to know about the Serbian basketball player Nikola Jokić.

Nikola Jokić is a Serbian basketball player who plays for the Denver Nuggets of the National Basketball Association (NBA). The 6-feet and 11-inch tall center player also represents the Serbian national basketball team.

'The Joker,' as his nickname remains in the NBA, has been one of the most influential players in the league. Since his NBA debut in 2015, he's made it to NBA All-Star twice, All-NBA First Team in 2019, and All-NBA Second Team in 2020.

But individual honors are not the only things Nikola Jokić's earned in the league. In addition to some incredible achievements, he's also has made quite a lot of money there. Below, we take a look at his net worth and assess his earnings over the years.

What is Nikola Jokić Net Worth?

According to Celebrity Net Worth, Nikola Jokić holds an estimated net worth of $30 million. He made a major amount of this net worth through his career with the Denver Nuggets since 2015. Additionally, he made the remaining amount through other income sources such as merchandise sales and side business.

When Nikola Jokić signed with the Denver Nuggets in 2015, he agreed to a three-year contract with them worth $4 million. The deal paid him an annual average salary of $1,358,500, as per Spotrac.

But Nikola Jokić's net worth rose significantly when he signed his new contract on July 9, 2018. The five-year deal was a $148 million maximum contract extension with the Nuggets, as per NBA.

Also See: Aceu Net Worth in 2021: Here's the Complete Breakdown

As per a report by Hoops Hype, Nikola Jokić will earn an extra $431,000 for reaching the playoffs and make an additional $431,000 for advancing to the second round.

A Little About the Personal Life of Nikola Jokić

Not much information is available on the personal life of Nikola Jokić because he prefers to keep those details private. But we do have some information related to his family and love life.

Nikola Jokić is the youngest of three brothers, the two older brothers being Nemanja and Strahinja. His brother Nemanja played college basketball at the University of Detroit Mercy. Both of them are friends with former NBA player Darko Miličić.

Check Out: What is Jimmy Haslam Net Worth in 2021? Complete Breakdown

Regarding his love life, Nikola Jokić is currently a married man. He tied the knot with his longtime girlfriend, Natalija Mačešić, on October 24, 2020. The wedding ceremony was held in his hometown Sombor, Serbia. 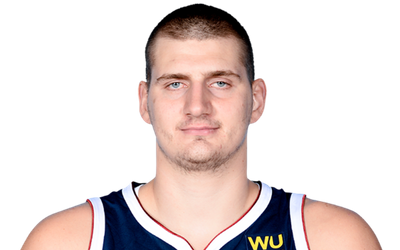 Denver Nuggets Star Nikola Jokic Net Worth - How Rich is the NBA Star?