Home / lifestyle / Who is NLE Choppa? Who is he Dating Currently?

Who is NLE Choppa? Who is he Dating Currently? 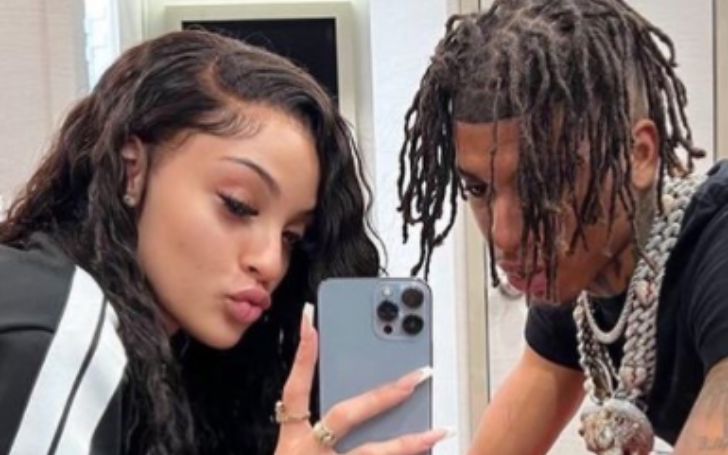 Everything On NLE Choppa Dating And Personal Life!!

NLE Choppa is an American rapper and singer with a net worth of $3 million. He is most known for the platinum-certified tune "Shotta Flow." Choppa was previously known as YNR Choppa.

The 19-year-old star's first studio album, Top Shotta, was released in 2020. It reached number ten on the US Billboard 200, with the singles "Camelot" and "Walk Em Down" both reaching the top 40 on the Billboard Hot 100. Me vs. Me, his second album, was released in January 2022.

Who is NLE Choppa?

On November 1, 2002, Bryson Lashun Potts, better known as NLE Choppa, was born to a Jamaican father and an African American mother. He grew up in the Parkway Village neighborhood of Memphis, Tennessee, and attended Cordova High School, where he also played basketball.

NLE Choppa has a $3 million net worth as an American rapper and musician.
Photo Source: Instagram

Who is NLE Choppa Dating Currently?

NLE Choppa is dating Marissa Da'Nae, a model, company owner, and TV program star. She is the founder and CEO of Brazy Collections, which describes itself as a "Brazy but Lavish Boutique."

As per Hitc, Brazy Collections is a product line that sells various accessories, clothes, swimwear, and other items. Da'Nae is also the CEO of @lavishhairextensions_, which sells Grade A HD Lace Wigs.

You May Also Like: Did Matilda Ledger Inherit her Father Heath Ledger's Estate? What is her Net Worth?

Talking about NLE's past relationship, he was romantically involved with Mariah. They have a daughter together who was born on June 20, 2020. Her name is Clover.

According to All Hiphop, on Saturday (March 5), NLE Choppa and his girlfriend Marissa Da'Nae confirmed that their unborn kid died in a miscarriage. She shared the news that their son, Seven, passed in a lengthy video, and she took the time to let others know they were not alone.

On Saturday (March 5), NLE Choppa and his girlfriend Marissa Da'Nae confirmed that their unborn kid had died in a miscarriage.
Photo Source: Instagram

At six months, Marissa and NLE apparently noticed their son was severely underweight. Seven were diagnosed with fetal growth limitation at the age of two ounces. She thanked her rapper boyfriend for helping her get through the hardship on Instagram.

"It's difficult to talk about this. But having Bryson by my side and supporting me has helped me even more. I was unable to function as a result of the loss of our son. But he's gotten me through, and I'm grateful to have you at my side and along for the ride."

The news was received with a flood of positive reactions and support on social media.