Home / lifestyle / Noah Centineo Girlfriend in 2021: Who is the Actor Dating?

Find out about the relationship status and current girlfriend of actor Noah Centineo.

Noah Centineo stole the hearts of many young girls hearts from his part in the Netflix romantic comedy film 'To All the Boy's I've Loved Before.' The handsome actor's part in other romantic movies such as 'Sierra Burgess Is a Loser' and 'The Perfect Date' has also earned him a huge fan following of a lot of young hearts crushing on him.

But who does Noah Centineo (net worth) himself fancy personally in his life? Let's find out about his relationship details and current girlfriend, to get to learn about his love life.

Who is Noah Centineo Girlfriend in 2021?

As of February 2021, Noah Centineo, 25, seems to be single. No official updates on his relationship are available at present. It is because the actor prefers to keep his relationship details under the wraps.

Noah Centineo is rumored to be in a relationship with Stassie Karanikolaou.
Source: Instagram

But there are some rumors spread around that Noah Centineo has eloped with Kylie Jenner's best friend Stassie Karanikolaou. The gossip began in October 2020, when people said that the two went to Las Vegas and married without telling their families.

However, there are no official sources proving that Noah Centineo and Stassie Karanikalaou are dating or married at present. But they have been linked together since June 2020, so there might be a possibility of them seeing each other.

While his relationship rumors are examined closely by fans, some of them also seem to be curious to know whether he would ever date a fan. But Noah Centineo is not fond of the idea at all.

'I don't close any doors totally, but probably not, because then it's like more of an infatuation with like, a position more than like, the person,' Noah Centineo told E! 's Daily Pop. 'It can overshadow that, which is difficult, I would think.'

Also, See: Who is Adin Ross Girlfriend in 2021? Here's the Detail

The 6 ft tall, Noah Centineo has also been linked to his 'To All the Boys I've Loved Before' co-star Lana Condor. But the two have not dated or are dating at all. They are very good friends, however, and share many interests.

'We speak the same language, and we think the same way,' Lana told Girlfriend magazine. 'We've always felt more comfortable around each other. And I think that it shows in the third movie that it does seem like we've been a part of each other's lives for three years, it's very clear that we — and Lara Jean and Peter — are very comfortable.'

'I think we're like a married couple now,' Noah said in the same interview. 'We're very familiar with each other, very comfortable.'

Noah Centineo Has Dated Some Prominent Figures in the Past

Noah Centineo's first public relationship was with 'Lab Rats' star Kelli Berglund. The two dated each other in 2013. Not much info is available about those duo's relationship because it was pretty low-key.

Noah Centineo dated actress Angeline Appel for two years, from 2016 to 2018. Their relationship was also pretty private, and not much is known about them.

Check Out: Who is Kyle Kuzma Girlfriend in 2021? Here's the Detail

Noah Centineo's public and most-profile relationship was with model Alexis Ren. The duo began dating at the start of 2019, but they were not public until they made their first red carpet appearance in October. The relationship did not last long, as the duo broke up in 2020. 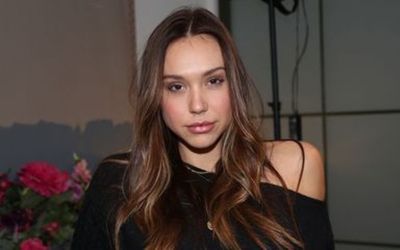