Home / lifestyle / Who is Noah Urrea? Who is he Dating Currently? Details Here

Who is Noah Urrea? Who is he Dating Currently? Details Here 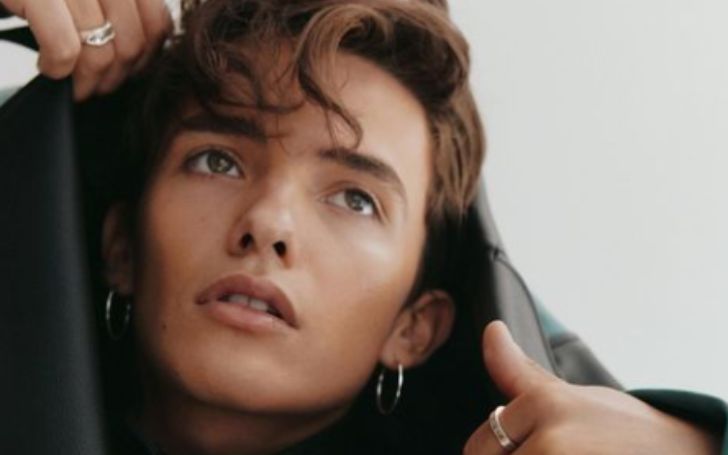 Grab All The Details On Noah Urrea!!

Noah Urrea is an actor and singer from the United States. He is well recognized for his role in A Madea Christmas. For his work in the short film Eleven, he earned the Best Young Actor Award.

Urrea has also appeared in several television shows, including The Fosters, Children's Hospital, and The Kicks. He is not only a talented actor but also a fantastic vocalist. Noah released an extended play (EP) titled Always after showcasing his singing abilities in a handful of feature films.

The 21-year-old singer has donated to several charities, including the Los Angeles Mission and End Malaria Now. Noah has also performed in the annual Rockin a Cure concert, which supports those suffering from the genetic condition of cystic fibrosis.

Noah Urrea may be currently single. He hasn't revealed anything about his personal life. He's almost certainly prioritizing his profession over dating.

Noah Urrea is an actor and singer from the United States.
Photo Source: Instagram

According to Urrea's Instagram research, we found that he has many lady friends. Mostly he is seen with a friend named Hina Yoshihara. However, she has a boyfriend. Noah has 4.3 million followers on his Instagram account.

Noah has never been the center of any incident or scandal. He avoids any chance for conflict.

As per The Famous People, Noah Urrea was born in Orange, California, on March 31, 2001. He has been silent regarding his biological parents. His older sister is Linsey Urrea.

Urrea witnessed his sister play in a small theatre when he was eight. By the end of her performance, Noah had decided to pursue a career in acting and music.

Noah was approached two years later with the opportunity to star in Blake Shelton's song video Honey Bee, which was released in 2011. The music video went on to be a huge hit, with over 60 million views on YouTube alone.

Urrea was cast as a member of Nickelodeon's "The Groundlings" in 2012. His interest in improvisational and sketch comedy grew from his involvement with The Groundlings.

Noah Urrea has had a lot of success as an actor and singer. Since he was a child, he has been in movies and tv shows. In the movie A Madea Christmas, Urrea played Bailey McCoy. He also played Ryan Wade in The Identical.

Noah Urrea has had a lot of success as an actor and singer.
Photo Source: Instagram

Urrea's work on the big and small screens has been well received by critics and the general audience. He took up the role of the Mason Twins in Independent.

Noah enjoys the arts as well. In March of 2017, he released the single Always. To create original music, Urrea has worked with several producers and composers.

Urrea was announced as a member of the popular global pop group Now United in November 2017. The group is made up of 17 people from 17 different countries. They also perform live shows and release music videos all over the world. "Summer in the City," the band's first single, was released on March 24, 2017.