Home / net-worth / What Is Offset's Total Net Worth? Here is the Complete Breakdown

What Is Offset's Total Net Worth? Here is the Complete Breakdown 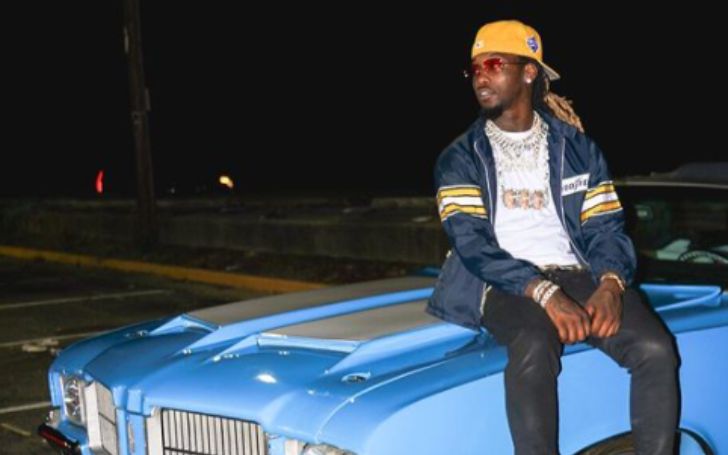 Grab All The Details On Offset's Total Net Worth!!

Kiari Kendrell Cephus, aka Offset, is an American rapper. Along with his cousin Quavo and first cousin once removed Takeoff, he is a hip-hop trio Migos.

The 30-year-old musician is also a shareholder in the FaZe Clan esports team. Offset is married to Cardi B. He has four kids named Jordan Cephus, Kody Cephus, Kalea Cephus, and Kulture Cephus

Offset Net Worth and Real Estate

As per Celebrity Net Worth, the estimated net worth of Offset is around $26 million. He made his fortune through his successful professional career.

In 2008, Offset, Quavo, and Takeoff formed the hip hop trio Migos. Initially, they were known as the Polo Club. Following their debut mixtape, Juug Season, in 2011, they rose to prominence in 2013 with the track Versace.

Click Here To See: How Much is Georgia Fowler's Net Worth? Here is the Complete Breakdown

ACCORDING TO REPORTS, Cardi B and Offset bought a $5.5 million home outside of Atlanta in December 2019. The 22,000-square-foot mansion, which sits on just under six acres, features five bedrooms and eleven bathrooms. The estate was placed in the market for $10 million in 2017.

"How Did I Get Here" Vocalist Offset Other Ventures

Offset has appeared in advertisements for fashion designers and brands such as Gosha Rubchinskiy, Bryce Barnes, Lavati and his music. In 2016, he participated in an episode of the television series Atlanta alongside the other members of Migos.

Offset has appeared in advertisements for fashion designers and brands such as Gosha Rubchinskiy, Bryce Barnes, Lavati and his music.
Photo Source: Instagram

In 2020, Offset premiered "SKRRT with Offset," a new show he co-created with Quibi that follows him as he drives about with other celebrities in flashy, pricey automobiles.

Offset was reported as a new investor in the esports team FaZe Clan in August 2019, while the nature and size of the investment were not disclosed. Since then, he's appeared in two FaZe Clan YouTube videos.

Offset has had previous run-ins with the authorities, including felony convictions for burglary and robbery. In 2013, he was jailed in Georgia's DeKalb County Jail for violating his probation for the charges above. Then, in 2015, Offset, Quavo, and Takeoff were arrested at a Migos concert at Georgia Southern University, along with Quavo and Takeoff.

Offset has had previous run-ins with the authorities, including felony convictions for burglary and robbery.
Photo Source: Instagram

Offset was charged with possession of an unidentified Schedule II narcotic, marijuana possession, firearm possession in a school safety zone, and firearm possession while committing a felony. He was then charged with battery and instigating a riot within a prison facility while still in custody, following an instigated after an incident in which Offset assaulted another inmate.

After eight months in custody, Offset was released in December 2015 after accepting an Alford plea deal that saw the gun, drug, and gang-related accusations against him dropped in return for him pleading guilty to inciting a riot, paying a $1,000 fine, and serving five years of probation.

Offset also agreed to be barred from Bulloch, Effingham, Jenkins, and Screven counties in Georgia as part of his plea deal.