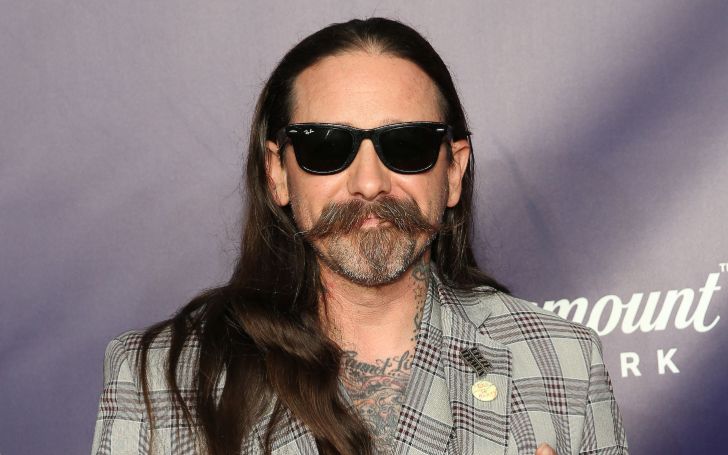 Oliver Peck is well recognized as a judge of the American reality competition series 'Ink Master', where various tattoo artists compete showcasing their unique and attractive artistic skills. Peck worked as a judge of the show from its inception in 2012 until his recent Blackface scandal, alongside musician Dave Navarro and tattoo artist Chris Nunez.

Oliver Peck worked as a judge of 'Ink Master' since 2012.
Source: The Wrap

Oliver Peck is not only a judge of a reality series but a well-established tattoo artist too. He is the co-owner of a tattoo shop in Dallas, Texas, called 'Elm Street Tattoo' and 'True Tattoo' in Hollywood, CA.

Oliver set the Guinness Book of World Records in 2008 when he completed 415 tattoos of the number 13 in a consecutive 24-hour period. The tattoo artist has also traveled across the world, presenting his exceptional expertise in various countries like England, Ireland, Italy, Germany, Sweden, Norway, and Japan.

Also see Bhad Bhabie Tattoos - How Many Does She Have?

Oliver Peck is a well-known figure in the United States and boasts a significant number of the American fan base. His fans must be searching all over the Internet to learn about the artist's private personal life. Here, we save you from the tedious work and present you the complete information about Oliver Peck's dating history and relationship status.

Who is the Wife of the Tattoo Artist Oliver Peck?

One of the highest-paid tattoo artists in the world, Oliver Peck was married to Katherine Von Drachenberg from 2003-2007. Kat Von D, the name she is popularly known, is herself a famous tattoo artist, model, musician, author, entrepreneur, and television personality. She is prominent for her work as a tattoo artist for the TLC reality show 'LA Ink.' The series started in 2007 and ended in 2011, lasting for four seasons.

Kat Von D's TLC series presented her work at her tattoo shop, High Voltage Tattoo, in Hollywood, California. On the show, she once gave 400 tattoos within 24 hours, which broke the world record of most tattoos given by a single person in that time period. Her ex-husband later broke the record in 2008.

Kat wrote 'High Voltage Tattoo' and 'The Tattoo Chronicles,' which got listed in The New York Times as best-selling books.
Source: Yahoo

After the divorce from Kat, Oliver maintained low profile with his relationships and is not married yet. He did date a lot of women since then, but here we are going to talk about his current girlfriend only. As we said, Oliver keeps his dating life entirely private to himself and does not seem to give the media any peek into his personal life.

But if we observe Oliver Peck's social media activities, we get a pretty clear picture of his love life. Oliver seems to be dating a girl named Audra Cabral.

Not much is known about her, but the duo seems to be in the relationship for a long time. According to an Instagram post by Audra, the pair celebrated their 10th anniversary together on October 26, 2019.

Oliver recently shared a picture of himself and Audra spending their weekend in Las Vegas.

From the couple's Instagram presence, it is apparent that they love to enjoy spending time with each other and often go on vacations and special occasions together. 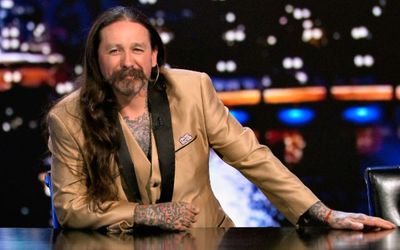