Home / lifestyle / Is Olivia Culpo in a Relationship? Learn her Dating History

Is Olivia Culpo in a Relationship? Learn her Dating History 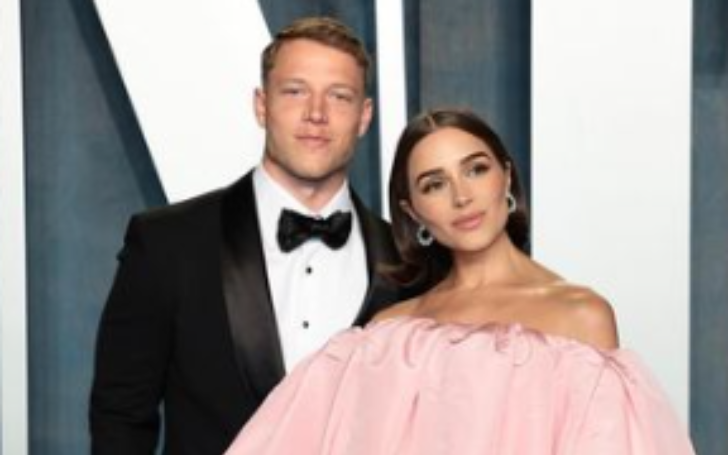 Grab All The Details On Olivia Culpo's Personal Life!!

Olivia Culpo, 30, is a $7 million net worth American beauty pageant titleholder and social media influencer. She began her career as Miss Rhode Island USA in 2012. She went on to receive national and international recognition after winning Miss USA and Miss Universe in the same year.

Is Olivia Culpo In A Relationship?

Yes, Olivia Culpo is in a relationship. As per The Sun, Her boyfriend is Christian McCaffrey. McCaffrey made a name for himself as a projected first-round pick in the NFL at the age of 20. In the first round of the 2017 NFL draft, McCaffrey was selected by the Carolina Panthers with the eighth overall pick.

Christian, the highest-paid running back in the NFL, agreed to a new $64 million contract extension with the Panthers in April 2020, which included a $21.5 million signing bonus.

Olivia Culpo sparked rumors in 2019 that she was dating Carolina Panthers running back Christian McCaffrey after the football player liked an Instagram photo Culpo posted. A few months later, the duo were photographed together on a vacation to Mexico.

Culpo quickly became a fixture at Panthers football games, and the couple began opening up on Instagram about their love for one another in November 2019. Dov Kleiman, an NFL reporter, hinted in May 2019 that Olivia and McCaffrey were dating when he tweeted a screenshot of one of Culpo's Instagram posts that McCaffrey had liked.

Olivia was also linked to Zedd around this time, and they were spotted together at Coachella in April and celebrating the model's 27th birthday in Miami in May.

Christian and Culpo were photographed on a date in West Hollywood, California on January 12, 2020. Olivia wore a black bra underneath a sheer black long-sleeved top and black pants, while McCaffrey wore a white shirt, olive green coat, and jeans.

You May Also Like: Is Anna Friel Married? Details on her Relationship History

Olivia and McCaffrey walked the red carpet at the NFL Honors in Miami in February 2020. When Culpo posted a series of photos of the two on Instagram on Valentine's Day 2020, the lovebirds had a lot to celebrate.

Culpo captioned the photo, "Happy Valentine's Day to my best friend. Thank you for transforming  my life and showing me the kind of love I always desired but never imagined was possible. You are the epitome of an answered prayer. I am the luckiest girl in the world."

Olivia and Christian celebrated three years of dating on June 22, 2022. To show her affection for McCaffrey, the model shared a series of photos of the couple throughout their relationship.

Since Olivia Culpo's remarkable rise to fame, she has dated a slew of celebrities, mostly athletes and musicians. Her first known love interest is Olympic swimmer Ryan Lochte.

Since Olivia Culpo's remarkable rise to fame, she has dated a slew of celebrities, mostly athletes and musicians.
Photo Source: Instagram

The couple never confirmed their relationship, but Ryan's statement in 2012 fueled rumors. "She is lovely. I really enjoy spending time with her," said the swimmer.

Culpo was also romantically involved with Nick Jonas between 2013 and 2015. She is said to have inspired Jonas' hit song Jealous.

Olivia spent two months in 2015 with NFL alumni Tim Tebow. The former couple's relationship made headlines when Culpo dumped Tebow because of his abstinent lifestyle, or, to put it another way, Tebow's principle of no sex before marriage.

After Tebow, Culpo began dating another NFL player, Danny Amendola. From April 2016 to March 2018, they had an on-again, off-again relationship. Amendola later blamed their split on Olivia's very open and public lifestyle. "I believe there should be a line between private life and social media," the NFL player raged. Culpo most recently sparked dating rumors with musician Zedd.

Olivia, Aurora, and McCaffrey were recently detained as they prepared to board a flight to Cabo San Lucas. The model was reportedly forced to wear an item of clothing that the airlines deemed "inappropriate."

Culpo didn't have to rush to a souvenir shop because her boyfriend's hoody came to her rescue. She detailed the entire situation on social media on Thursday.

On May 8, 1992, Olivia Culpo was born in Cranston, Rhode Island. She is the daughter of parents Peter and Susan. Her father, a restaurateur, owns several businesses in Boston.

On May 8, 1992, Olivia Culpo was born in Cranston, Rhode Island.
Photo Source: Instagram

Culpo spent two summers at the Brevard Music Center in North Carolina. She attended Boston University as a young adult but dropped out.

Who is Tim Tebow's Wife in 2021? Details on His Married Life Here