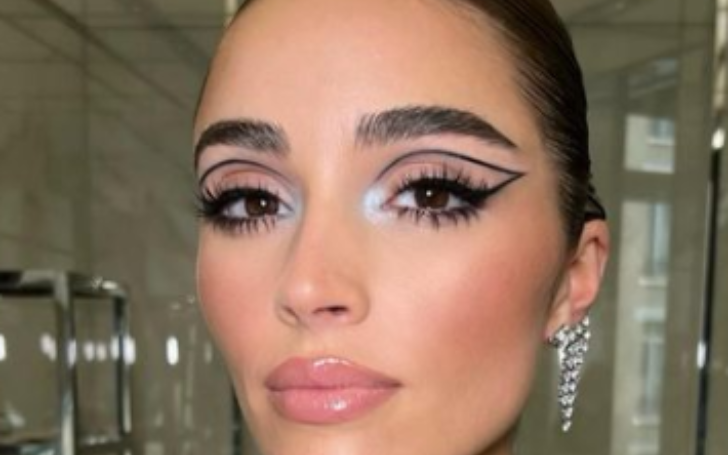 Learn All The Details On Olivia Culpo Net Worth!!

Olivia Culpo is a fashion influencer, social media star, and actress from the United States. She has crowned Miss USA and Miss Universe in 2012 after winning the Miss Rhode Island USA competition.

Talking about Culpo's personal life, she is in a relationship with her boyfriend, Christian McCaffrey. 5'7'' tall actress' ex-boyfriend was Nick Jonas.

According to Celebrity Net Worth, Olivia Culpo's net worth is around $7 million in 2022. She earns this much money from sponsored social media postings, collaborations with cosmetic products, magazine photoshoots, and work in films and television series.

Culpo's boyfriend, Christian McCaffrey, has a net worth of $10 million.

Olivia Culpo, 30, owns two properties in California, a $1.1 million loft-style condo in Hollywood and a $3.5 million mansion in Encino. Culpo's condo in Los Angeles was her first residence on her own, and she described it to People as the ultimate "bachelorette pad."

Culpo was also inspired by her East Coast background when styling the condo, which her designer, Orlando Soria, described as looking like an "interior from a Nancy Meyers movie."

In 2012, Olivia Culpo competed in her first beauty pageant, Miss Rhode Island USA. She won the competition and went on to compete in the Miss USA pageant, which she also won in June.

Finally, Culpo competed in and won Miss Universe in Las Vegas, Nevada, in December 2012. In the process, she became the seventh American representative to win the title and the first since Brook Lee in 1997. Olivia was also the first Rhode Island contestant to be crowned Miss Universe.

Olivia came to Indonesia in early 2013 to help crown the winner of the national beauty competition Puteri Indonesia. Later that year, she walked in the Sherri Hill fashion presentation in New York City and named Venezuela's Gabriela Isler as her successor as Miss Universe.

Culpo has established an outstanding career in the years after she was crowned Miss Universe. She rose to prominence as a social media star thanks to her large following on YouTube, Twitter, and Instagram.

Olivia also entered the realm of fashion influencing with collaborations with brands such as L'Oréal, Uberliss, and Kipling. She has also been in the Sports Illustrated Swimsuit Issue and was on the cover of the magazine in 2020 alongside Kate Bock and Jasmine Sanders.

Culpo made her film debut in the 2014 comedy The Other Woman, alongside Cameron Diaz, Kate Upton, Leslie Mann, and Nikolaj Coster-Waldau, among others. Olivia was credited as the Raven-Haired Beauty, one of Coster-amorous Waldau's conquests. She played the girlfriend of Andy Biersack's main character in the demonic musical thriller American Satan in 2017.

Culpo made an appearance in The Swing of Things in 2020. The next year, she received her greatest film role yet in the romantic drama Venus as a Boy, written and directed by its actor Ty Hodges.

Olivia portrayed Ruby, a prominent influencer who has a romantic relationship with an artist residing in the Venice district of Los Angeles, California, in the film. Bai Ling, Trace Lysette, Estelle, Gilles Marini, and Stacy Barthe round out the cast. Venus as a Boy is named after Björk's 1993 single of the same name.

Culpo has returned to the Miss Universe competition in a variety of capacities after her victory in 2012. She served as a judge in 2015 and as a backstage correspondent in 2019. Olivia hosted Miss Universe 2020, which was held in May 2021 owing to the COVID-19 epidemic.

Aside from Miss Universe, Olivia appeared as a guest diner on a 2017 episode of the reality cooking competition show Hell's Kitchen. The next year, she starred in the E! docuseries Model Squad, alongside Daniela Braga, Hannah Ferguson, Nadine Leopold, Devon Windsor, and Ping Hue.

Among Culpo's other television credits, she reprised her character from the film American Satan on the Amazon Prime Video television series Paradise City, a sequel to the film. The series premiered in March 2021.