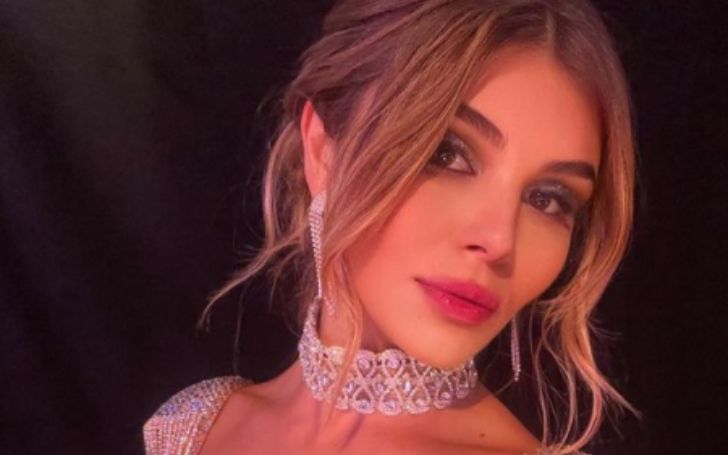 All The Details On Olivia Jade Giannulli's Dating History.

Olivia Jade Giannulli is a YouTuber from the United States who primarily posts beauty-related videos and personal vlogs. She is the daughter of television actress Lori Loughlin and businessman Mossimo Giannulli.

The 22-year-old Internet influencer began using social media platforms such as Instagram and YouTube at a young age, thanks to her parent's encouragement. Giannulli was a young teenager when she started her social media career, and she struggled greatly in the early years.

Olivia was eventually able to establish herself as a rising YouTube star. She currently has two YouTube channels to entertain her viewers with makeup tutorials, beauty hacks, hilarious challenges, and fashion tips.

As noted by Page Six, actor Jacob Elordi was recently photographed out for a stroll with YouTuber Olivia Jade Giannulli. The two are now making headlines for sparked romance rumors. "Olivia and Jacob are casually dating," a source told People magazine, putting an end to the rumors.

Giannulli and Elordi were spotted on an afternoon stroll in Los Angeles' Silver Lake neighborhood on Sunday. They were dressed casually for the occasion, and Elordi was seen walking his golden retriever, Layla, at the time. However, even as their new romance blossoms, the source reveals that Olivia is still contacting her ex Jackson Guthy.

"Olivia is happy, but she and Jackson still talk frequently. It would not surprise anyone if they reconciled," the insider contained. Giannulli previously confirmed her split from the singer-songwriter in August, responding to an Instagram Story Q&A question from a follower who asked her if she was single. "I am," she said of her relationship status while posting a selfie.

Olivia Jade Giannulli dated Tyler Greenwald, an Instagram star frequently seen on her Instagram account and YouTube channel. She began dating him in 2015. Tyler had to move away after a few years to attend college, and the couple broke up because they couldn't handle the pressure of being in a long-distance relationship.

Giannulli also dated Jackson Guthy. Olivia and Guthy separated in 2019 in the aftermath of the college admissions scandal, in which her parents were accused of paying USD 500,000 to Rick Singer and Key Worldwide Foundation to falsely designate the vlogger and her sister Isabella Rose Giannulli as recruits to the University of Southern California crew team.

Even though neither of them had ever participated in the sports, both Loughlin and Giannulli were sentenced to prison for the scandal. However, by the August of that year, the couple had rekindled their romance, with Guthy posting a photo on Instagram of the couple kissing in front of a mirror.

Who is Isabella Rose Giannulli's Boyfriend? Learn the Details of Her Relationship Here