Actor BD Wong, who made his name and won a Tony Award for his role as Song Liling in M. Butterfly before voicing Shang in Disney’s ‘Mulan’, is recognized as one of the fine performers in Hollywood. Being an impeccable actor, Wong is an openly gay man advocating for the LGBTQ.

The multimillionaire Wong, 58, is best known for playing Dr. George Huang for ten and a half years on the long-running crime drama. He's also appeared in the Jurassic Park movie franchise and USA Network's Mr. Robot. Just before his Law & Order character left the show, he came out as gay.

Schnorr, who holds a net worth of $8 million, is the 36-year-old director of digital media for the New York Public Library. The pair announced their nuptials in The New York Times, telling readers that they met in 2010 “at a mixer for singles, organised by an online dating site, in New York.”

Wong came out in the 80s and went on to star in hit TV shows Law & Order: Special Victims Unit and Mr Robot.

The longtime couple, who met in 2010 at an online dating site singles mixer, held the Jewish ceremony (officiated by Cantor Sheera Ben-David) at Giando on the Water, reports the New York Times.

Find out: Penn Badgley Claims There's One Line Joe Will Never Cross in Netflix's YOU

Schnorr posted a photo from the wedding ceremony writing, “It really kinda is the happiest day of your life. Thanks to my family and friends for the love and words and support and dance moves.”

Before getting married to Richert, Wong was in a long-term relationship with Richie Jackson in 1988 which was the most talked about thing in Hollywood. The couple even had twins in the year 2000, two sons Boa Dov Wong and Jackson Foo Wong via surrogacy.

The couple never married but still cared for little Jackson collectively. Yes, they parted ways in 2004. However, they still stayed in contact for the sake of their son Jack who also came out as gay; Richie also wrote a book titled 'Gay Like Me: A Father Writes to His Son' to celebrate a memoir.

Currently, BD wong is happily married to Richert. We can see their cute Instagram posts. It is fair to say that Wong and Schnorr are a power couple, doing what they do best, being consistent, and supporting one another along the way.

Also Read: Awkwafina Net Worth - How Rich is the Crazy Rich Asians Star?

Tune into idolpersona.com for more stories on your favorite celebs. 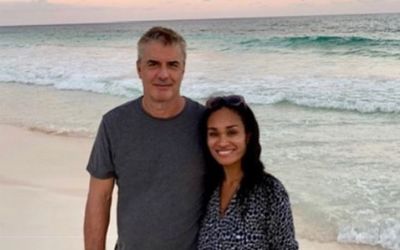