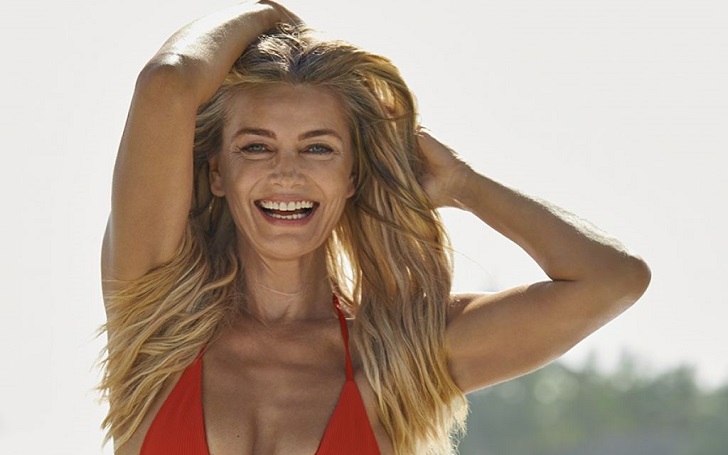 Fans are confused as to when the new bikini picture from Paulina Porizkova's Instagram page is from, as she proves she's still got it.

She might call herself an egotistical person, but she's a really fun individual who knows how to feel emotions like a human being. Being cut out of her late husband's will might've disappointed her, but Paulina Porizkova continues to give her life for the modeling industry.

The Czech's said it herself, she was apparently not wanted for a job she was recently pursuing because she posted a photo of herself without makeup or anything. But social media can do the opposite thing as well. With a recent IG photo of herself in a black two-piece bikini, she's told everyone she's still got it. And fans are going gaga for her.

Her fitness and workout regimes have also helped her body continue to be radiating.
Source: Paulina Porizkova, Instagram

The 54-year-old is in Costa Rica at the moment for a little time for herself with a vacation and has been regularly showing her fans of her amazing time there, starting off her "totally shameless vacationing" with a photo in the pool of Villa Neruda, Hermosa Hills, (yes, overlooking the natural beauty behind her).

She wanted to get away for the bustle of NYC for a while.
Source: Paulina Porizkova, Instagram

However, that's not much compared to the one over a waterfall showing off her toned figure, in a obviously scenic photograph. A quick look-through in the comments section will let you know how much her fans adore her. And why not, we've basically grown up with her face on the cover of magazines without knowing who she really was.

Fans are comparing her with other prominent models like Heidi Klum and Elle Macpherson. They're taking inspiration from her for maintaining that confidence even after 50 years of age. Even fitness trainers have difficulty coping with the fun that comes with aging.

Meanwhile, many are glad that she's "relaxing and recovering from life's wear and tear." After all, that "betrayal" from her husband made her grieving process even harder. Despite saying husband Ric Ocasek was everything she's known as life and love, she has found peace in such moments, plus a new boyfriend in her life.

The mother-of-two stated in the caption of the earlier photo (the one in the pool) that she's taking a few weeks of her shameless vacation and asked her fans to not be bothered with it all. Of course, why would they be? Her travels in her rented ATV in Costa Rica is everything that the former Sports Illustrated cover star needs right now, no matter how messy her body gets. She can always go back to that pool at the end of the day for a nice bath, or even the waterfall.

Stay tuned and connected to IdolPersona for more news regarding your favorite celebrities.