Home / lifestyle / Pete Doherty is in Relationship With Katia de Vidas, Detail About their Engagement

Pete Doherty is in Relationship With Katia de Vidas, Detail About their Engagement 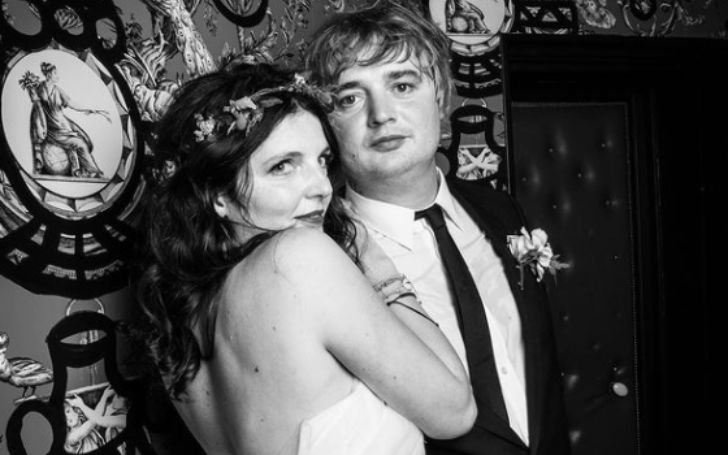 All The Details On Pete Doherty's Personal Life!!

Pete Doherty has been one of the most promising musicians, poets, singers, and lyricists to emerge from the British music scene in recent years. He had a strong interest in guitar and poetry since he was a child.

Doherty was a visionary, combining his passion, enthusiasm, and hard work to form three successful bands: Libertines, Babyshambles, Peter Doherty and the Puta Madres. Despite facing numerous challenges due to drug use, he never gave up and provided music fans with a timeless masterpiece.

Pete's the type of rockstar who would rather play guitar in a small club or sing to a single person than a large crowd. Aside from music, he has demonstrated artistic abilities in writing, painting, modeling, and acting.

Who is Pete Doherty Engaged To?

As per MSN, Pete Doherty is engaged to Katia de Vidas. Obviously, he was the one to propose. The Libertines singer's representative confirmed that he got down on one knee to propose to his film editor girlfriend, with adorable photos of her wearing a ring going viral.

Pete Doherty has been one of the most promising musicians, poets, singers and lyricists to emerge from British music.
Photo Source: Instagram

It's a double celebration for Doherty, who now lives a much quieter life in France with Katia and recently revealed that he's been sober for two and half years. In one photo shared on the Instagram account of indie band Trampolene, the couple appeared in love as they posed with lead singer Jack Jones.

Click Here To See: Who is Dominique Boxley? Who Is She Dating Currently?

Last year, he worked on a track with Pete and Katia, with whom he has remained close.

Pete Doherty And Katia Tied The Knot on September 30

After announcing their engagement, Pete Doherty and Katia de Vidas tied the knot on September 30, 2021. They have been together for several years and perform as Peter Doherty and the Puta Madres. He is in charge of lead vocals, rhythm guitar, sitar and lyrics, whereas Katia is the band's keyboardist and has been since the group's inception in 2016.

Pete Doherty and Katia de Vidas have been together for several years and perform as Peter Doherty and the Puta Madres.
Photo Source: Instagram

Pete's representative confirmed to Mail Online that the couple had been engaged for a while. The singer recently told BBC Scotland that he has been heroin-free for two and a half years. "I'm in recovery," he said. I assume I'm two and a half years clean of heroin, which is a big deal for me, and yeah, I'm tickling writing music, still writing music."

Pete Doherty has a long list of famous ex-girlfriends, Kate Moss, whom he dated on and off after meeting at a party in 2005. Their relationship was well documented, and while he initially states that he fell in love with the model, their rollercoaster romance eventually branded Kate as a nasty old rag following their final split in 2007.

Pete Doherty has a long list of famous ex-girlfriends, Kate Moss, whom he dated on and off after meeting at a party in 2005.
Photo Source: Instagram

In a 2012 interview, Doherty described himself and late singer Amy Winehouse, as lovers. "Amy and I were in a relationship. I admire her at the time, and I still do" He told the Mail on Sunday about it.

Pete has a son named Astile with ex-lover Lisa Moorish and a daughter named Aisling with model Lindi Hingston.