Home / lifestyle / Who is Peyton Meyer Girlfriend in 2021? Who is "He's All That" Actor Dating?

Who is Peyton Meyer Girlfriend in 2021? Who is "He's All That" Actor Dating? 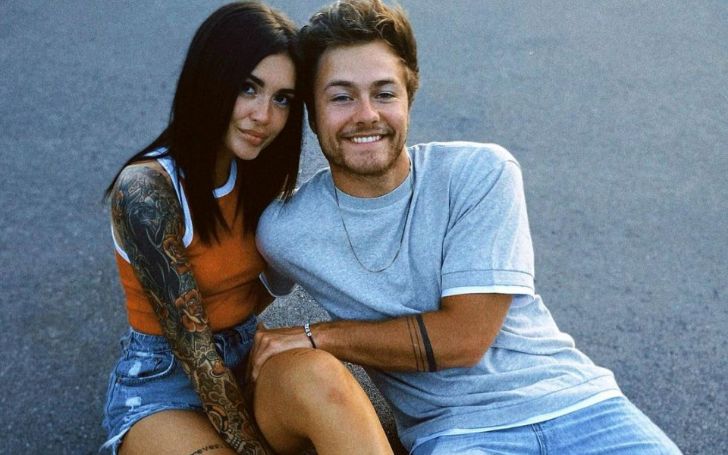 Learn All the Details On Peyton Meyer's Girlfriend!!

Peyton Meyer is a renowed American actor. He is well-known for his role as Friar Lucas in Girl Meets World. Meyer is also best recognized as Wes Manning on the TV show Dog with a Blog.

Recently, the 23-year-old actor has been popular for portraying Jordan Van Draanen in the Netflix teen rom-com He's All That. This movie is a remake of a 1999 film, She's All That.

Thanks to his successful career, this rising star has accumulated a total net worth of $1.7 million. Many Meyer admires interested more in his personal life. So in this article, we'll learn more about his personal life.

According to Celebpie, Peyton Meyer is in a relationship with singer and songwriter Taylor Mae LaCour, better known as Taela, who released her single Bang in 2019.

Peyton Meyer is with his girlfriend, Taela.
Photo Source: Instagram

It's unclear when and how the duo first met. Meyer fans learned about the relationship for the first time when Taela posted a TikTok about her beau in February 2021.

Taela took part in the #childhoodcrush challenge, revealing her childhood crush and current boyfriend, only to discover that they are the same person. Furthermore, her video has received over 3 million likes, implying that she had her sights set on Peyton since his Disney Channel days.

5' 9'' tall star was accused of leaking a sex tape of him with his girlfriend to social media in August 2021. That topic became the hot news for a while.

Peyton Meyer and Taela Are Married And Expecting a Kid

If you follow Peyton Meyer on his Instagram, then you guys already know that he and his sweetheart Taela are married now. Yes, walked down the aisle together.

The beautiful couple is doing great, and we wish them a better future. Moreover, Meyer and Taela are expecting a little angel in their life, as noted by The Sun. Meyer made the announcement the same month he got married, in October 2021.

Although Meyer and Taela are on their way to expanding their family, many think the duo already are parents to a son. And why is that? Well, it's because of Meyer's Instagram post.

To put it simply, Meyer has been posting a photo with a baby boy who was even captured at his wedding alongside his wife, Taela. This raised the question in the mind of many; does Peyton Meyer have a son?

Those who are seeking the answer to that question, after doing some in-depth research, we found that he is actually Meyer's stepson. Yes, he is. He is Taela's son from her previous relationship.

Who Has Peyton Meyer Previously Dated?

Peyton Meyer was linked to Venessa Low in 2017, whom he regularly posted on Instagram and was seen in a very public cinch with at Coachella that year. It's uncertain when the duo broke up, but by the middle of 2018, the He's All That actor had moved on.

Also, See: Who is Jack Lowden?

There is no information about how long Peyton and Angeline's relationship lasted because, after wishing his apparent girlfriend a happy birthday and telling his fans he has met someone, the actor never mentions her again on social media.

There was also rumored about Peyton dating Sabrina Carpenter. But they have a close relationship and are not romantically involved.

Read more about your favorite celebrities in detail on Idol Persona.