Home / lifestyle / Who is Phoebe Dynevor Dating After Spliting from Pete Davidson? 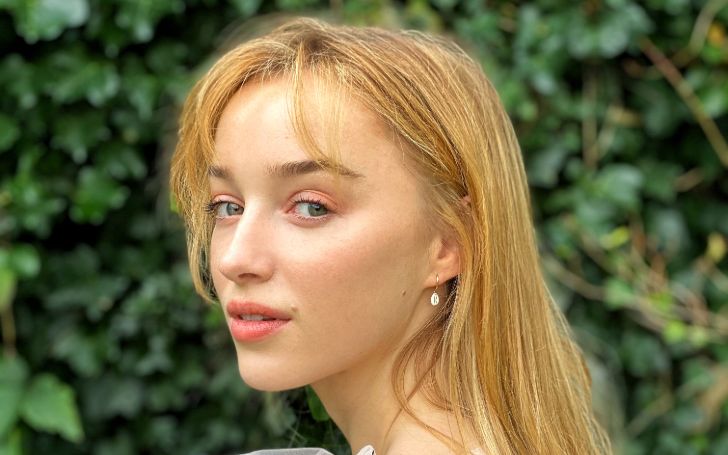 Grab All The Details On Phoebe Dynevor Personal Life!!

Phoebe Dynevor is an English actress best known for her role in the global hit Netflix's Bridgerton. She portrayed Daphne Bridgerton in the series. Besides that, she is also well-known for her work in shows such as Waterloo Road, Prisoner's Wives, The Village, Dickensian, and Snatch.

The 26-year-old celebrity comes from a family with a long history in the entertainment industry. The estimated net worth of Dynevor is around $11 million. Besides her professional life in this article, we'll learn in detail about her personal life.

Who is Phoebe Dynevor Dating?

Phoebe Dynevor was romantically involved with Pete Davidson. However, as per Hollywood Life, the couple broke up after dating for a few months in 2021.

Back in 2013, Dynevor met recruitment executive Simon Merrill. There were rumors that Phoebe and Simon were dating, and she later released in an interview that she traveled to Asia with her boyfriend for a vacation.

The man was identified as Simon Merrill by the outlet to which she gave the interview. We don't have a specific date for when the couple split up, but it had to be around 2014.

Also, See: Kostas Antetokounmpo's Girlfriend in 2021 - Everything To Know About His Family Here

Following her breakup with Simon, Phoebe met actor Sean Teale. Sean is well-known for his role in the FOX television series Gifted. Their first photo was posted on Sean's Instagram on April 3, 2017.

Phoebe also attended the Los Angeles premiere of her show Snatch with her boyfriend, Sean. Getty Images took a photo of the lovebirds on March 9, 2017. Sean posted the couple's last photo together on August 7, 2017. The pair broke up after dating for a while.

On April 17, 1995, Phoebe Dynevor was born in Trafford, Greater Manchester, England. She is the eldest child of her parents. Her father, Tim Dynevor, is a British scriptwriter who has written over 300 episodes of the British soap opera Emmerdale.

Dynevor's mother, Sally Dynevor, is a British actress who played Sally Webster in the long-running ITV soap Coronation Street since 1986. Her grandparents were also involved in the television industry. She comes from a close-knit with two younger siblings named Samuel Dynevor and Harriet Dynevor.

Phoebe began her education at Oakfield Nursery School in Altrincham and later transferred to Cheadle Hulme School in Stockport. At the age of fourteen, she started her acting career with the role of Siobhan Mailey in the series named Waterloo Road.