Grab All The Details On Phoebe Dynevor Family!!

Phoebe Dynevor is best known for her role as Daphne in Bridgerton, a Netflix hit. She is a British actress who debuted in the BBC series Waterloo Road.

Dynevor's most recent role was in Bridgerton, a Netflix period drama, and she has since amassed a sizable social media following. She has around $11 million net worth.

The 26-year-old actress has dated Pete Davidson for a while. In this article, we'll learn about her well-known family.

Phoebe Dynevor was born in Greater Manchester in April 1995. She has attended nursery school in Altrincham. Dynevor then went on to study for her A levels at Cheadle Hulme School in Stockport, where she landed her first TV role in 2009.

As per My Perfect Life, Tim Dynevor, Dynevor's father, is a TV writer best known for Emmerdale Farm and The Drowning. He has also worked on Emmerdale: Don't look Now and Slap! Love, Lies, and Lipstick. Since 1995, the writer has been married to Phoebe's mother, Sally Dynevor, an actress.

Sally Dynevor is best known for her portrayal of Sally Webster in the ITV soap opera Coronation Street. She has been playing the role since1986 and was nominated for Best TV Soap Personality at the 2011 Television and Radio Industries Club Awards.

Phoebe's mother Sally received her training at Mountview Academy of Theatre Arts, and one of her first roles was in Juliet Bravo. She has appeared in over 3,300 Coronation Street episodes, and Sally plays Mayor of Weatherfield Sally Webster, who has a tumultuous relationship with Kevin.

Click Here To See: Who is Dan Bongino's Wife in 2021? Get all the Details on His Married Life Here!

Sally's character has been involved in some harrowing plots, including domestic abuse and breast cancer diagnoses. Sally was detected with breast cancer in 2009, the same year her character was and underwent treatment.

Sally left the show for six months before returning in 2010; thankfully, both Dynevor and her character recovered completely from cancer. She received an MBE in the 2021 New Year's Honours list for her contributions to drama.

Phoebe's mother is also an ambassador for the charity ActionAid, and she has traveled to India to raise awareness. She has two other children, Phoebe's younger brother and sister, Samuel Dynevoe and Harriet Dynevor. 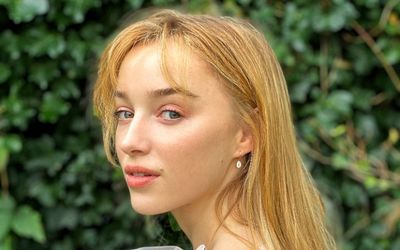