Home / lifestyle / Does Musician Porter Robinson Have a Girlfriend? Find Out If He Is in a Relationship

Does Musician Porter Robinson Have a Girlfriend? Find Out If He Is in a Relationship 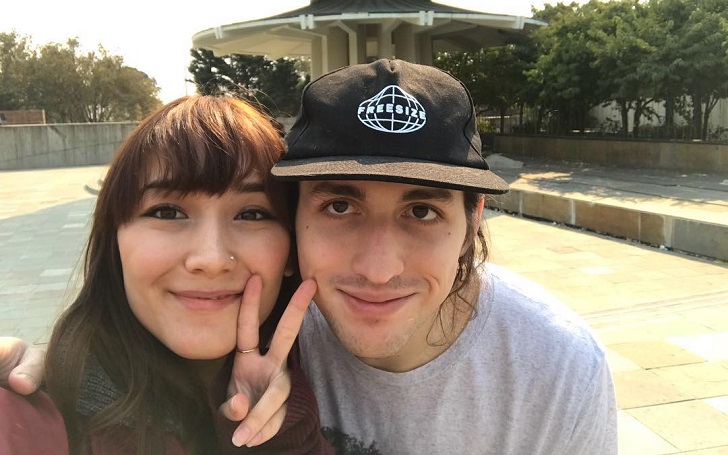 Grab All The Details On Musician Porter Robinson's Personal Life!!

There was that one time when people were debating whether to classify Porter Robinson's production of 'Shelter' as a music anime or not because it was produced outside of Japan with a different style, which makes your head wrap to understand. But leave it to Reddit users to debate about it.

Still, 'Shelter' was his biggest success, with over 71 million views on YouTube at the time of writing. Considering he's been making music all by himself since 12, it was surprising that it took quite a time for him to launch that project after being stuck for a whole year. But everything has a reason.

Robinson did have had a whole experienced Japanese crew, plus Madeon, for creating that anime-flavored music video as his interest in visual art never ceased to take a break. But after the commercial success too, he's got something to share that interest with. Yeah, a life partner is all you can ask for.

Robinson, 29, has never stopped providing music as his interest in Japanese culture continues to be incorporated into his songs & other musical creations. Meanwhile, his personal life has been in a really good spot. He's in the dating scene.

The musician, Porter Robinson, is in a relationship with Rika Mikuriya, referred to sweetly in the Japanese name-respecting style as Rika-chan. According to a certain post on Rika-chan's public account, the two have been dating since February 2017, right before Valentine's Day. She was celebrating "a happy 1 year together" with him in February 2018.

The musician, Porter Robinson, is in a relationship with Rika Mikuriya.
Photo Source: Rika Mikuriya, Instagram

In the same post, Rika says that she first posted the photo of the two of them in April 2017, which must be on her private Instagram account, which was actually where we knew her last name from. She's more active on that account than on her public one, for which she uses the username, @rikabetto. Yeah, it's kind of confusing.

Still, what's in a name? Their relationship has been really smooth so far. The testimony to that? He sent her a digital copy of a Christmas present in 2019 when he was not near her. It was an illustration depicting her and their cat, Koneko.

She later printed it out for herself.
Photo Source: Rika Mikuriya, Instagram

Yeah, you might think it's just an illustration, but the sentiment & the effort behind it is just too romantic to not fall in love with their relationship. Point to note, she turned 27 in December 2019.

While Promoting 'Secret Sky', She Was Gushing at People Thanking Her for Taking Care of Robinson

On May 9, 2020, on Instagram Story, amongst her promotions of Robinson's 'Secret Sky' Festival, Mikuriya also posted a little clip about how she found people's concerns too touching. "HAHAHAH 😭 thank you for your "thank you rika"s," she wrote with a clip of a flurry of comments in a live stream. It seems they were thanking her for being Robinson's girlfriend.

It was extremely emotional for her due to the fact that Robinson was suffering from depression in between his music-making career. Adding to that, his music & visual art creations have been an inspiration for many people as they've changed lives.

Recommended: The Relationship with Kirstie Alley & Her First Husband, Bob Alley Was a Contrasting One

In 2015, he had a sudden breakdown and came down with self-doubt and depression for the entire year. And it seems the journey to make 'Shelter' really gave him solace as he continued with his "one song, one tour" with a physical EP release of 'Shelter' in Japan. Everyone was asking for a whole anime out of it, but as some noted, a sequel might ruin the emotions created by the single.

However, Rika seems to have had a huge influence on his emotional life as well. She also wrote in a post congratulating him on the release of 'Something Comforting', "I've seen the most beautiful and dark moments you've experienced with your precious work. thank you for never giving up! I cherish what you do. I'm so proud of you."

And Robinson himself just recently posted a tweet about a wonderful surprise Rika-chan had cooked up for him related to Lil B.

It's unclear if he still has fragments of that self-doubt, despite claiming to leave it all behind. But with the existence of such love from his girlfriend, he couldn't ask for more.