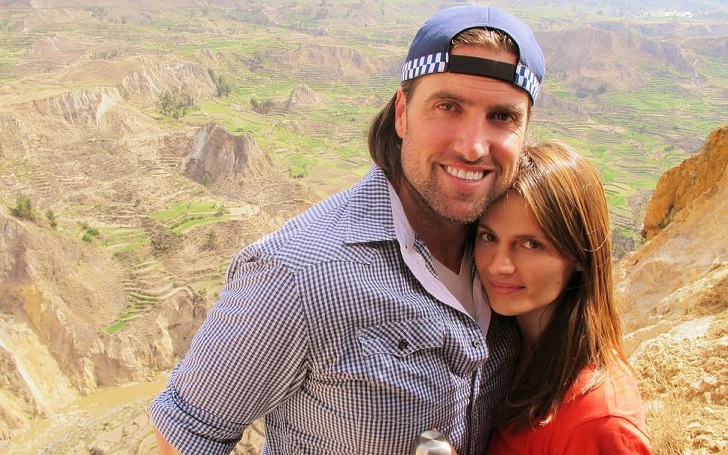 Stana Katic has been married for almost five years now, and she still seems to be too secretive about her romantic life. Who would've known she was dating for so long before getting hitched! She did, and there is just too little information about her husband Kris Srboljub Brkljac.

Katic married Brkljac on April 25, 2016, a day before her birthday, on the Dalmatian coast of Croatia. And there's no denying there's a certain electricity to their love. Katic has only ever put up a photo of him a couple or two times, one of them was on their third anniversary, and yeah, she hashtagged ElectricLove. The other one was when she proclaimed him her favorite travel companion.

So, who is Kris? There isn't much to go with, but her fans did research into his background and whereabouts. While there are few confirmations one can make, here's everything we know about him.

An Australian with a Serbian Ancestry

The name is enough to suggest Stana is of Croatian & Serbian ancestry. And it's also not difficult to believe Kris comes from a Serbian family, as his father is said to have been a Serbian politician.

He was born in Australia and has two brothers. Brother Milan is a chiropractor, and Dragoljub was a policeman. With a background in Communication Media Law, he moved to the United States after his teenage years, in order to further his career.

At the time of the wedding, People reported that Kris was a business consultant. And CrunchBase has some background in his field of business. According to his profile, it seems he was broke when he came to the States at 21.

With a thirst for challenge, it was not a problem for him to go from the streets of New York City to selling his own company within five years. He became an independent consultant for fortune 500 Companies as a head executive strategist.

"As soon as I saw you I knew a grand adventure was about to happen," Katic's tribute.
Photo Source: Stana Katic, Instagram

By 2006, he'd founded 180now and was said to have been divorced that year. Also, the latter part is only because of the voices going around the web. He also was the vice-president of sales of a software-dealing company in Florida, 'DisputeSuite'.

Also: Anna Faris Has Been in a Relationship with Only Three People Since Her Fame

In 2006 or 2007, Stana's brother, Marko Katic, was reportedly an intern at 180now, and that's presumably how the two of them met. That's pretty much was some fans dug up on their favorite actress' beau. But they do remain seen quite often than people think they do.

If you go back to her social media posts way back in late 2017, you could see her gushing over and over again for her hubby. Yeah, it'll make you wish you have a life like these two. They like to travel around the world, and they have, already touring Asia and Africa.

Take a look at some moments you might've missed between the two.

June 2017. A very sweet dedication by Stana Katic "To the man behind the scenes: The privilege of a lifetime is loving you & being loved by you."
Photo Source: Stana Katic, Instagram

Subtly out for a pizza, June 2019.
Photo Source: Pinterest

These days Stana Katic has been fairly busy with filming 'Absentia' in Bulgaria that she doesn't have the privilege to photograph herself with her husband. But still, there seems to be no stopping these two. They are already couple-goals to thousands of her fans. 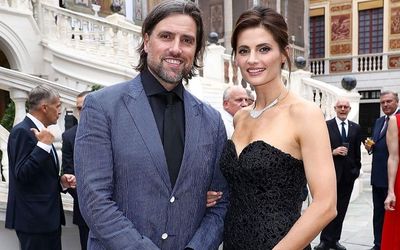 The Full Story of Stana Katic and Her Husband Kris Brkljac