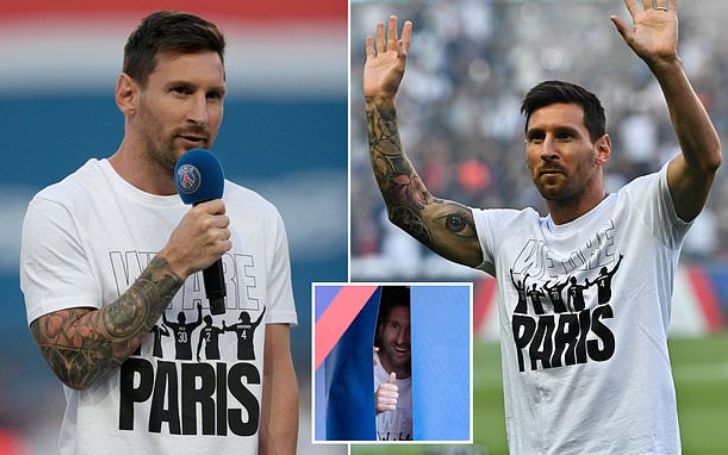 PSG Fans Welcomed The King Of Football Messi And Gave a Huge Ovation.

A four-time Champions League and six-time Golden Ball winner Messi joined PSG after his new deal with Barcelona sensationally collapsed and left him in tears.

On 10 August, Messi joined the French club Paris Saint-Germain. He signed a two-year deal until June 2023 with an option for an extra year.

As noted by Yahoo Sports, Messi chose the number 30 jersey, the same number he wore as a teenager when he made his senior debut for Barcelona.

Messi is not yet a match fit, although he has started training with PSG. Coach Christophe Galtier returned to Lille and punished his old club as Nice won 4-0 earlier Saturday.

A prolific goalscorer and creative playmaker, Messi holds the records for most goals in La Liga. Now, all his fans are looking forward to his journey on PSG.

For More detail on Celebrity's latest updates, stay tuned with us in Idol Persona.

Messi Scores a Brace in His 768th Appearance For Barcelona