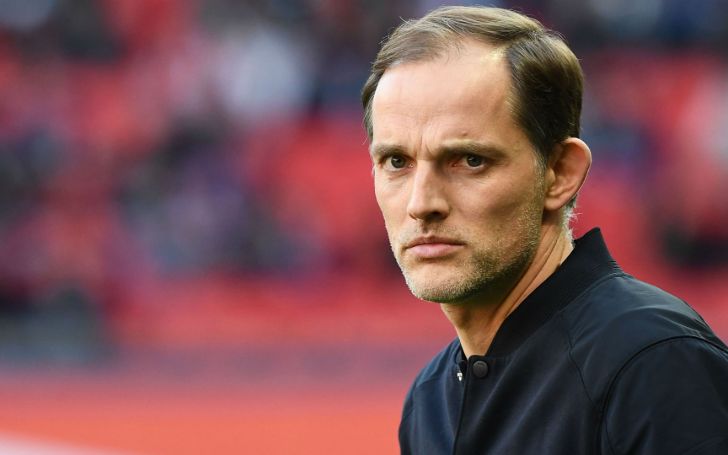 Here are the top 5 facts related to the Paris Saint-Germain manager Thomas Tuchel.

Paris Saint-Germain is one of the biggest professional football clubs in the world. The club, which was founded in 1970, is dominating the top tier of the French football Ligue 1 since 2010. With 8 Ligue 1 titles to its name, the club boasts some of the best players in the world like Neymar and Kylian Mbappe. The PSG team also includes world-class players like Keylor Navas, Thiago Silva, Marco Verratti, Mauro Icardi, and Edinson Cavani.

Thomas Tuchel is the head coach of the Paris Saint-Germain first team. He started his involvement in the team management after he signed the two-year contract with the club in May 2018. Tuchel replaced the Spanish coach Unai Emery, who was sacked by PSG before his arrival at the club. In Thomas Tuchel's first season in the management, he won the club's 8th Ligue 1 title.

Thomas Tuchel was recently involved in a spat with the teenage star Kylian Mbappe for substituting the player in the 69th minute of the PSG match against Montpellier. The PSG was leading the game with a score of 4-0, with the 4th goal scored by Mbappe at the 57th minute. The coach then substituted the French teenager after 10 minutes, which did not please the younger player. Kylian Mbappe angrily walked past the manager Thomas Tuchel while he was trying to explain the reason for substituting him.

Thomas Tuchel did not start his managerial career by directly jumping to managing the top clubs. With a very little impressive career as a football player himself during his younger years, the PSG manager gained success in the world of football through coaching. He coached some of the best teams in the world like Borussia Dortmund and Mainz 05 before he became the part of PSG.

Here in this article, we present to you some of the highlights of the German manager Thomas Tuchel in the form of top facts, which are listed below.

Thomas Tuchel worked as the manager of the German Football Club Borussia Dortmund from 2015 to 2017. The club plays in the top tier of the German football league system called Bundesliga.

Thomas Tuchel replaced Jurgen Klopp, the legend manager in the history of the club, in April 2015. The most significant achievement of Tuchel in Dortmund was winning the 2016-2017 DFB-Pokal.

Thomas Tuchel was appointed the manager of the French club Paris Saint-Germain on 14 May 2018. During his 1st season at PSG, Tuchel was successful in signing the teenage prodigy Kylian Mbappe from AS Monaco at the initial fee of $135 million.

Tuchel won the league title for leading the French top tier Ligue 1. He also won the club Trophée des Champions in 2018 and 2019.

3. Thomas Tuchel Did Not Succeed in His Career as a Professional Footballer

Tuchel started playing at the local youth club TSV Krumbach and moved to FC Augsburg academy in 1988. He did not appear for the first team but got the opportunity to play in '2. Bundesliga' for Stuttgarter Kickers in 1992.

Thomas Tuchel did not succeed in his career as a football player.
Source: Twitter

His unimpressive performances, followed by the unfortunate chronic knee cartilage injury in 1998 ended his career early at the age of 25.

Thomas Tuchel is married to Sissi Tuchel. The couple got married in 2009.

Thomas Tuchel is married to with Sussi Tuchel, with whom he shares two children.
Source: Fabwags

The pair share two children, a son and a daughter.

1. Thomas Tuchel is one of the Best Paid Managers in the World

Thomas Tuchel is the manager of one of the richest clubs in European football. PSG is owned by the state of Qatar, the oil-rich country that pours in more than enough money into the club.

Thomas Tuchel gets paid $8 million per year as the manager of PSG.
Source: VIPSG

Thomas Tuchel earns an estimated $8 million per year as the manager of the club. This makes Tuchel one of the top 10 best-paid managers in football.

To find out the net worth of famous people, visit Idol Persona.