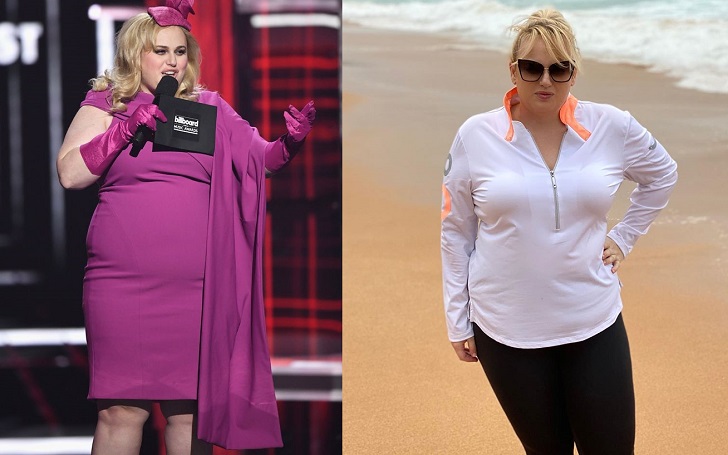 For Rebel Wilson, eating has never been about coping with emotional issues as she always embraced her body, and she was defiant about her size. She would've never wanted to give up her one vice. Still, throughout the years, she's been trying to maintain a healthier lifestyle.

The comedian has been exceptional with all her roles in her life, with such a unique use of her talent. And we all agree that whatever she does, she does it with grace, regardless of how she looked. But when we saw her ruling the battle ropes with such a slim figure, we couldn't help but remain impressed with how she's going forward with her goal.

Wilson wants to be healthy, whether weight loss happens or not.
Photo Source: Rebel Wilson, Instagram

Rebel Wilson got an unintentional 8-pound weight loss in four days when rehearsing and filming for the 2019 musical 'Cats'. She then made a stern commitment to 'The Year of Health' in 2020 and getting off to a good start, with her trainer contributing it to her work ethic. Now, her confidence is off the roof as she recently off to seduce you.

2015: Rebel Wilson Defends Her Choice to Not Give Up Food

During Cosmopolitan UK's January 2016 cover interview, Wilson explained how she food has been her friend whether she was happy or sad, and since she didn't do drugs or really drink, she wouldn't totally give it up.

"I love me some ice cream or dessert, and it comes at times when I'm happy or sad," she said. "So when I have an incredibly successful day, I want to celebrate and reward myself with food. If I've had a sad or stressful day, food is also comfort. I bought this hilarious slogan sweater the other day that says, 'Food is my only friend'. I thought it was really cute."

"You would probably describe it as emotional or stress-eating," she continued. "I don't do drugs; I don't really drink… so eating is my one vice. I wouldn't ever want to totally give it up."

However, she did admit she'd been trying to be healthier since moving to LA in 2010. "Living in LA you learn a lot about health. I now drink green juices and I'm trying to do gluten-free," she says. "But I don't do it 100% - I'm not a maniac!"

Late 2019: Completely Unintentional, But She Lost 8 Lbs. in Four Days Not Just with Dance

When Rebel Wilson got that 'Cats' role, 'Jennyanydots', it was obviously going to be a challenge with all the dance sequences. And within four days of intense real-life sweating, she lost eight pounds. But it wasn't the physicality of things that prompted the weight loss.

Apparently, the set was heated to almost 100 degrees Fahrenheit in order to get the dancer to never "cool their muscles down". That just boosted her activeness is those intense dance moves.

"I lost eight pounds, shooting my number, in four days. One, because there's a lot of physicality... but also, they heated up the set very high, to almost 100 Fahrenheit, so that we could never cool down," she told ET Online in December 2019. "These people are like, the best dancers in the whole world, so they can't cool their muscles down or they could get an injury and they'd be out of the film... So they'd heat up the set like a sauna so we would never cool down, but made it pretty uncomfortable."

New Year 2020: Wilson Sets Up a Resolution of 'The Year of Health'

The musical was really something that seems to have made her blood running. As the year 2019 ended, she made up her mind to proclaim that year as 'The Year of Health', she announced on Instagram on New Year's Day. So yeah, her weight loss journey is actually a journey to be healthy. Weight loss just comes naturally.

With a goal in sight.
Photo Source: Rebel Wilson, Instagram

"Okay so for me 2020 is going to be called 'The Year of Health'," she wrote as the caption to the accompanying photo. "So I put on the athleisure and went out for a walk, deliberately hydrating on the couch right now and trying to avoid the sugar and junk food which is going to be hard after the holidays I've just had but I'm going to do it! Who's with me in making some positive changes this year?"

As she does for her roles, Wilson's given extreme dedication to keeping her body in shape. Her trainer, in particular, has been exceptionally proud of her work ethic since she was going to the gym six times a week. He posted a clip of her owning the battle ropes on Instagram, and she looked exceptionally slim in the photo.

"Friday vibes but @rebelwilson has been putting in the yards 7 days a week!" Jono Castano Acero, the trainer, wrote in his post in mid-January. "Proud of you gurl."

Castano also later went on to say how they have a lot of fun during their sessions. Of course, it was not a surprise. "Rebel is one of the sweetest souls I’ve ever met. During our training sessions, we have a lot of fun," he told Hollywood Life. He also gave a step-by-step instruction of how she follows her daily workout routine.

Also See: How Much Did Leslie Jones Lose Weight & How?

Amidst all these, it seems food is still not something that she's definitely not giving it up. But well, she hasn't said much about food right now. So, that remains to be known.

Amidst the Worldwide Lockdown, She Seems to Have Built Up Some Serious Muscle

During the recent pandemic situation and all, she's in Australia. But she isn't giving up her daily routine. At the start of May, she posted an enthralling group of photos, subtly telling how she's been really confident to show off her body with just a bra and a tracksuit, unzipped in the jacket part.

"I call this series: At Home with Rebel," she writes.
Photo Source: Rebel Wilson, Instagram

The belly fat seems to have just vanished in the last few months. Of course, she's running and sweating every day. Just last week, she posted a photo of her, Castano and Hugh Sheridan doing 30 laps of "an epic Opera House stair challenge workout."

For now, she's enjoying Mother's Day, giving a lovely sign to her mom. And it seems, they are complete mirror images of each other!

Stay tuned and connected to IdolPersona for more celebrity Weight Loss content. Some of them might make you even cry. 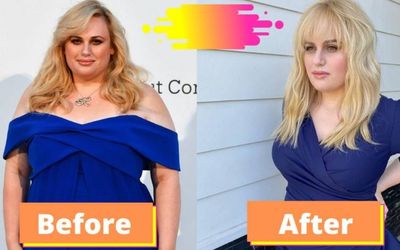 Here is the Complete Weight Loss Story of Rebel Wilson