Home / lifestyle / RHOC Star Shannon Beador - Who is Her Boyfriend?

RHOC Star Shannon Beador - Who is Her Boyfriend? 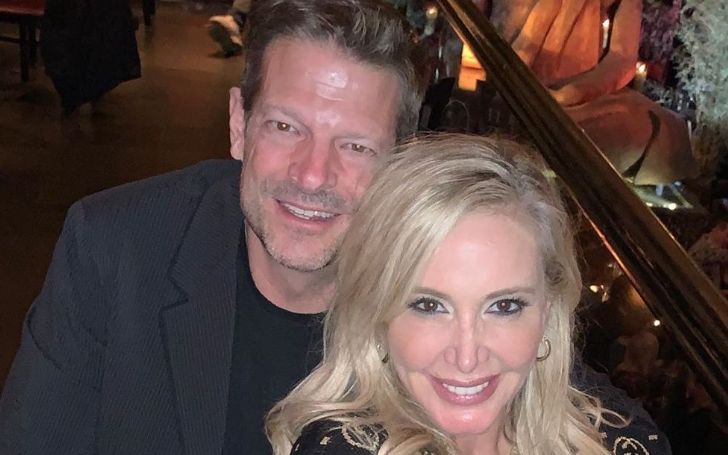 The name Shannon Beador isn’t new for the viewers of the Bravo TV show, “The Real Housewives of Orange County.” Indeed, she is one of the casts of that popular reality show. The beauty became part of the series since its ninth season.

Beador was born on March 24, 1964, in Southern California, United States. The American beauty hails from a wealthy family. She was raised in San Diego County by her parents. She was enjoying her beautiful life with her spouse, David Beador; however, unfortunately, they parted their ways with a divorce. The former couple tied the knot back in 2000, which legally came to an end in 2019.

Talking about Shannon’s current relationship status, she is dating her new boyfriend. Yes, after her divorce, the RHOC star restarted her love-life, and she is doing pretty well. Because of her huge fan following, many want to learn more about her lover; thus, today, we brought you everything the internet has on her new beau.

Who is Shannon Beador’s New Boyfriend? His Name is John Janssen

Those people who wanted to know who Shannon Beador’s new boyfriend is, let us break it down to you, professionally, he is a businessman situated in Orange County. His name is John Janssen.

Shannon is in a romantic relationship with her new boyfriend, John.
Photo Source: People

RHOC star, Beador, 56, met her new lover a year ago on June 21, 2019. The lovely pair first met through their mutual pal. As mentioned by Beador, her friend knew Janssen for thirty years, due to which it didn’t take much time to learn that he was a great person.

Beador recently celebrated a year anniversary with her OC businessman at Fable and Spirit, as per her Instagram post. Further, she also mentioned that it was the same place the duo went for their first date.

After a messy divorce, Beador revealed that she finally found her peace with Janssen. However, she also shared that it will take some time before she walks down the aisle again. Thus, the duo won’t be tying the knot anytime soon, if you guys are expecting one, as per Heavy.

Beador’s Lover Janssen Has Children From His Previous Relationship

It’s no secret that Shannon Beador has beautiful children with her ex, David Beador. She is mother to her three daughters, Sophie, 17, and 14-year-old twins, Stella and Adeline.

Also See: Does Billie Eilish Have a Boyfriend? Complete Intel of Her Relationship Status and Dating History

Like Beador, her new beau, Janssen, is a parent to his kids (two daughters and a son) who he welcomed from his previous relationship. Coincidentally, he is father to three children like Beador, and according to People, they are around the same age as the latter’s daughters.

Beador's beau is father to his three kids from his previous relationship.
Photo Source: Instagram

Luckily all of their children are getting well together. How do we know that? Well, it’s because of the RHOC’s beauty, Beador, loves to talk about her baby girls in front of the media, and she frequently mentions how well both of their kids get along. In addition to that, we can see them hanging out together on her Instagram posts.

Who is David Beador's Girlfriend in 2020? Find Out About His Relationship