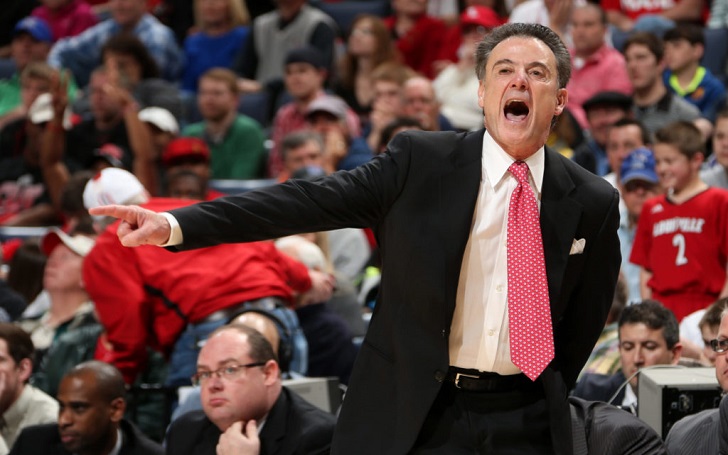 In a stunning manner, Iona College announced that Rick Pitino was returning to college basketball as the head coach of their MAAC program.

Tim Cluess stepped down from coaching the Iona College basketball team on Friday due to pressing health problems, and Rick Pitino was an immediate candidate for the job, among others. A day later, the school announced they were hiring the guy as a replacement, after they lost the MAAC tournament.

"My passion in basketball started in New York and will end there at Iona College," Pitino, 67, said in a statement released by the Catholic school. "Tim Cluess has done a spectacular job creating success and a winning spirit. At Iona, I will work with the same passion, hunger and drive that I’ve had for over forty years."

Pitino had been coaching Panathinaikos B.C. the past year in Greece, leading them to a Greek Cup win. He'd been coaching for 30 years and was the head coach of Louisville from 2001 to 2017 before being fired in a pay-for-play scandal, basically a massive college basketball bribery scheme.

However, his collegiate-level records still remain impressive — a 647-271 college record spanning over 30 seasons of coaching with Boston University, Providence, Kentucky and Louisville.

"Rick has demonstrated that he cares deeply about helping student-athletes achieve great success on and off the court," Iona president Seamus Carey also said in a statement. "After a thorough interview process, we are confident that Rick’s experience and commitment to Iona and our community make him the right person to continue to build on Tim Cluess’ success."

This will be the final job for Pitino.
Source: Louisville Cardinals

Pitino also reflected on his biggest mistake in his coaching career, which frankly is causing a lot of backlashes against him. He states, "Some people think my biggest regret is leaving Kentucky because we went to three straight championship games."

"That’s really not true. My biggest regret in coaching was leaving Providence College," he continues. "They were two magical years in my life. It was a small Catholic school with a small gym I loved so much. I’m going back to a similar situation. I know I’ll love it equally the same."

Tweets out there are destroying his words, insinuating that it should've been the scandals he was allegedly involved in. While it might not have been that way he wanted to reflect his mistakes, it certainly did sting some people. And he's been continually disagreeing that he was ever involved in those scandals.

In a phone interview with The New York Post, he claimed that he chose the job so as to be the last job of his coaching career. And he's glad that he's ending his career with a small Catholic school. "I spoke to numerous people about it, and I’m glad I’m ending [my career] with a small Catholic school that has the potential to be built up into a major power, regardless of what people think. I’m super excited about it. It’s a perfect fit at a perfect time in my life."

Stay tuned and connected to IdolPersona for more celebrity updates.