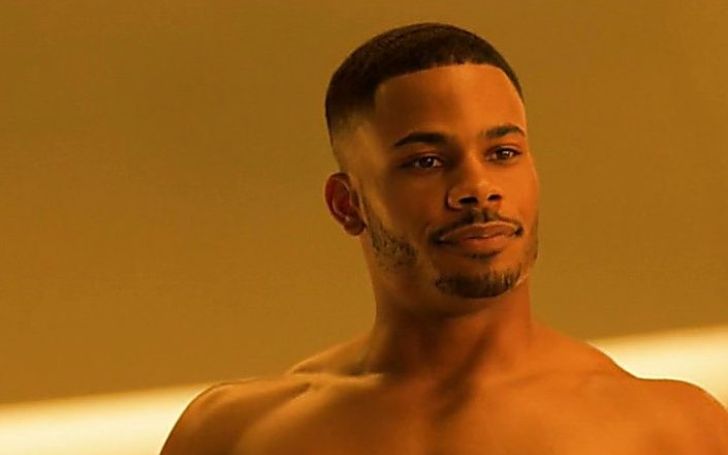 Here You Can Find Out The Dating History Of Jordan Calloway.

American actor Jordan Calloway is best known for his role as Kevin McArdle in the TV series Beyond. Similarly, he is also renowned for playing Zach Carter-Schwartz on the Nickelodeon series Unfabulous. Since 2018, he is in the CW series Riverdale and Black Lightning.

5' 11" tall, Calloway accumulated a total net worth of $500 thousand. Flims like DisCONNECTED, Jeffrey's Fortune, Life of a King, Grandma's House Countdown, Always a Bridesmaid helped him earn a sufficient pocket full of greens.

Calloway was nominated for Young Artist Awards for his outstanding leading role as Zach Carter-Schwartz in Unfabulous in 2005, 2006, and 2008. Moreover, you might be eagerly waiting to know, questioning who Jordan is dating and dated before, so read the whole article to get rid of your queries.

To clear all your queries on who Jordan Calloway is dating, let us tell you that, The District actor is unmarried and probably single as of 2021, as noted by Distractify. However, he is in search of a girl as a potential wife for him.

Though it seems like Jordan is not tied to a special lady in his life currently, he may have engaged with some beauty in the past. But, unfortunately, he, upto date, kept his personal life under wrap. However, back in January 2015, after he shared an Instagram image of the American actress Taraji P. Henson mentioning her as his crush, things got hyped.

Jordan Calloway and Alexandra Ship seemed to date each other a year ago.
Photo Source: Twitter

Previously, a year ago, Jordan and actress Alexandra Ship were spotted several times being cozy. Many suspected the pair might be a thing, and on the contrary, many thought they are just good friends.

Also, See: Cress Williams' Married life: Details on His Wife and Kids as of 2021

Although Calloway might be single in 2021, we can't ignore that being a celebrity; many people want to date him. With that being said, recently, on May 7, 2020, a random beauty on Twitter goes by the name Black Queen tweet, 'I'm against dating celebrities of any kind HOWEVER if Jordan Calloway gave me a chance CHILEEEEEE.'

A couple of years ago, Jordan Calloway was rumored to date his Unfabulous co-star Malese Jow. There was a piece of hot news in the Hollywood industry about the couple's romance behind the scene long ago.

After the fans got curious about the topic, the duo debunked those rumors. Calloway, 30, and Jow denied being a girlfriend/boyfriend and later concluded about their relationship was good friends.

Talking about Riverdale couples, Jordan and Camila Mendes were in an on-screen matchup. Being together on a TV screen, their chemistry became part of a relationship rumor.

Though many suspected something special was going on between Calloway and Mendes outside the set, the couple's romance was only sustained upto the screen. The pair made a perfect duo in Riverdale; no wonder their fans want them as a girlfriend/boyfriend in real life. But, there is nothing romantic going on between them off-screen.

Is Jordan Calloway Dating Someone in 2022? If Yes, Then Who is His Girlfriend?

Well, there is nothing to comment on except that she is gorgeous. Yeah, the Cal Fire's star hasn't shared any details about his sweetheart. Nevertheless, we can tell you that she celebrates her birthday on Feburary 2. How are we sure?

We are sure because Calloway wished her on that day this year on his Instagram with the caption, "Hey, Babe! HAPPY BIRTHDAY!!! Thanks for matching my goofiness and being a big kid w/ me.😘"

Visit us on Idol Persona for your favorite celebrity updates.

Who is Malese Jow Aka Melise Boyfriend in 2022? Her Dating History Here