Home / net-worth / Rob Cristofaro's Net Worth and Earnings in 2021

Rob Cristofaro's Net Worth and Earnings in 2021 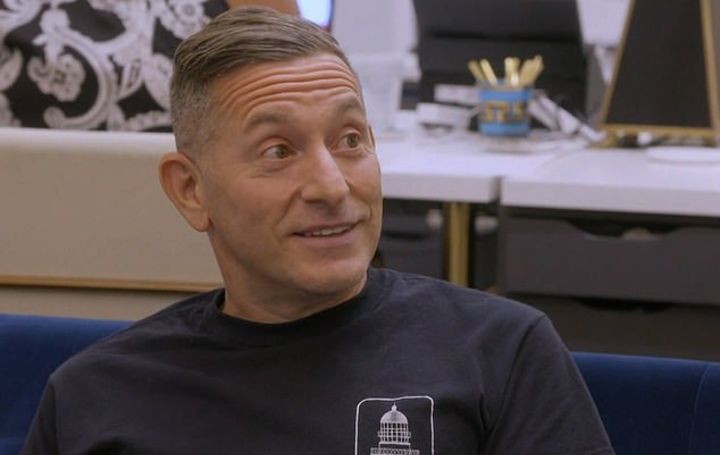 Is Rob Cristofaro a Millionaire? Clear Your Doubts Here.

Born and raised in New York City, USA, Rob Cristofaro is one of the finest art directors and is quite known for his work. But because he keeps his private information under the covers, there is no information available on his parents and siblings.

Although Cristofaro is good at what he does, he is more famous for his relationship with model and actress Leah McSweeney, a cast member of Real Housewives of New York City. Together the former duo runs a clothing line titled Married to Mob.

Rob Cristofaro's Net Worth as of 2021

The pioneer of New York streetwear, Rob Cristofaro co-founded the clothing line, Married to Mob with his ex-girlfriend Leah McSweeney. He also runs several other firms, which helps him to earn a handsome amount of greens. So, how rich is he? Speaking about Rob's net worth, it is estimated to be $2.4 million as of 2021.

Being a millionaire is not a new fact about CEO Cristofaro. He is considered as one of the authentic originals of New York Street Fashion, which led him to start his enterprise Alife with his other three partners Arnaude Delecolle, Tony Arcabascio, and Tammy Brainard. The main motive behind the brand was to uplift the downtown lifestyle, art, and culture with a unique touch.

Check Out: "The Umbrella Academy" Star Aidan Gallagher's Net Worth and Earnings in 2021

In addition to Alife, Rob, 49, multiplied his talents into owning his sneaker shop Alife Rivington, as noted in his Linked In profile. Furthermore, he also owns a creative agency labeled Rob Projects based on graffiti arts; this shows that Rob always accepts every challenge in his life gracefully and conquers it.

By now, we all know Rob Cristofaro had a good thing going on with his girlfriend Leah McSweeney, but are they still together? Well, unfortunately, they parted ways. Thus, Rob is currently single.

Though Rob and Leah separated years ago, they still see each other as good friends and business partners. Furthermore, they co-parent their only child, daughter, Kier "Kiki" Marie, whom they welcomed in 2007 before they drifted apart.

Specifying some facts about Rob's ex-girlfriend Leah, she is an American fashion designer and TV personality. Also, she is an entrepreneur who runs a women's streetwear store labeled Married to the Mob since 2004, as noted by Bravotv. The company has collaborated with some famous brands such as Nike, MCM, Colette, etc.

Click To Know: Who is Ryan Weathers' Girlfriend in 2021? Learn The Details Here

Though Cristofaro and McSweeney have ended their relationship, it is impressive to know that they respect each other as business partners and parents to their baby girl. Similarly, we can see various posts on each other's Instagram showing their gratitude for co-parenting their child Kiki on multiple occasions.

For more updates on your preferred idols, do visit Idol Persona.

How Rich is Leah McSweeney in 2021? What is Her Net Worth?